In the last year, the need for connection and information has increased, according to the New Media Adoption study, carried out by the media agency Spark Foundry, a member of Publicis Groupe Romania. Compared to previous years, Romanians used the online to a greater extent: they were more present on platforms (53%) and social networks (48%) and made more payments (55%) and online shopping (52%). At the same time, the restrictions and limitations of this period determined them to read news online more frequently (48%) and to watch movies and series more often (43%). The new study is part of Focus On: New Media Usage, a series of reports that monitor the evolution of media consumption behaviors, based on quantitative studies.

„With this new set of data we can draw our first conclusions about trends in New Media consumption. We were pleasantly surprised by the sign of maturity given by the 18-34 segment where we see an increase in trust in the information received on TV, given that searching for news on the Internet is the activity with the highest increase compared to the previous wave of data. Another interesting aspect is that, TikTok, the social media platform with the highest dynamics, shows a decrease in the notoriety of Influence Media campaigns in the conditions in which the pursuit of celebrities / influencers is the reason for using the platforms with the highest growth vs. previous wave. We have a confirmation that when the subject is serious, even the younger generation resorts to classical and regulated media. We also have confirmation that not every Influence Media campaign is a guaranteed success; as in any communication activity there must be a strategic red thread in the execution for it to have the desired effect”, explained Valeriu Galani, Managing Director Spark Foundry.

The reasons why Romanians use social media 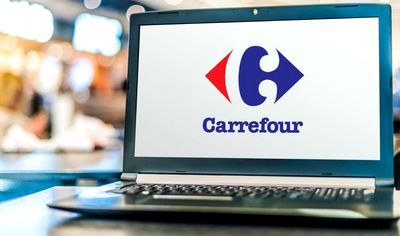 In the context of the pandemic, urban Internet users accessed social media especially to spend their free time, to relax (65%), but also to keep in touch with loved ones (64%), reasons found especially in adults over the age of 45. Adults also use social media to a greater extent to keep up to date with news from the lives of family members, friends and colleagues.

Younger generations have a more active behavior on social media. They look for diversity in content, look for information about different products or brands they want to buy, post photos or videos, join different communities, and follow celebrities or influencers.

The most accessed social media platforms

Facebook continues to be the most popular social media platform, with 93% coverage among Internet users in urban areas, being used by all age groups, but especially by people over 55 (98%). People between the ages of 25 and 34 are more attracted to platforms such as Instagram and Pinterest, while young people between the ages of 18 and 24 prefer TikTok, Snapchat, Reddit or even LinkedIn. People over the age of 45 prefer to access Twitter.

Images remain the most popular type of social media content, for all age segments, with a coverage of 78% among the audience. While young people (18-24 years old) prefer videos (72%) or stories on Instagram (45%), people aged 35-44 are more attracted to live streaming (19%), and those aged between 45 and 55 years old are interested in posts made by their favorite brands (44%) and 360-degree images and videos (29%). At the same time, articles (61%) and audio content (33%) continue to be more appreciated by people over 55.

Regarding the activities on Instagram, there are no significant differences compared to the May study. There are small changes among people aged between 35 and 44, changes most likely generated by the holiday period, when they posted more content. In parallel, young people use the platform to click on labels in stories or posts (to go directly to the brand’s page / store), to react to surveys or to swipe-up stories.

Although the number of people using TikTok is growing, awareness of influencer campaigns is lower, which is most likely due to increasingly diverse content on the platform. The top campaigns with influencers include campaigns related to music (60%) and beauty and fashion (57%), while the campaigns with the highest increase compared to the previous wave, in addition to those related to music, were related to tourism (55%), culture (39%), DIY (33%), interior decoration (41%), social campaigns (44%), personal / professional development (51%). Audio content, an authentic way to connect with others

The platforms that have exclusively audio content register a significant increase among Romanians, compared to the results of the study in May. These platforms are considered to be a new and authentic way to connect with other people (79%).

The number of urban internet users watching live streaming events on social media has decreased, most likely due to the holiday season. Both data from May and September show that music was the star of live streaming (71%). Concerts (47%), personal and professional development courses (43%) or live streaming gaming (40%) decreased significantly compared to the previous wave.

8 out of 10 urban internet users think that the tag function used by brands for e-commerce is useful because it reduces the product search time (74%) and provides all the details about the price, without having to access the website (78%).

Among those who have undertaken gaming activities in recent months are both young people and adults. People between the ages of 45 and 55 downloaded and played smartphone games to a greater extent than in the previous wave (61%), and those between the ages of 35 and 44 played online games with strangers (39%).

The popularity of the game, the graphics / design of the game, the narrative thread, but also the recommendations of the influencers are the main reasons why people aged between 18 and 24 try a video game.

Urban Internet users continue to join online communities to find people with similar interests. Compared to the previous wave, this wave was more about benefits within brand communities and less about brand proximity.

The 34-44 age segment was most interested in the events organized by the brands, and those aged between 25 and 34 were the easiest to convince to go to the events.

64% of the respondents watch TV with their family, and 41% of them confessed that in the last year they watched more TV or online programs for children than they did before the pandemic.

In fact, TV remains the main source of information for 43% of Romanians, who say they prefer to watch the news rather than read the information online. Young people aged 18-24 spent more time in front of the TV, an activity that brought them closer to their family.

The study was conducted by the media agency Spark Foundry, through online interviews, on a sample of 805 people, female and male, over 18 years old, internet users, from urban areas, between September 8-15, 2021.

Carrefour aims to be a global leader in Digital Retail

Cargus launches the application that allows you to do what you want with...

BR Exclusive | Cosmin Căpățâneanu, KLG Europe Romania: The world around us is...