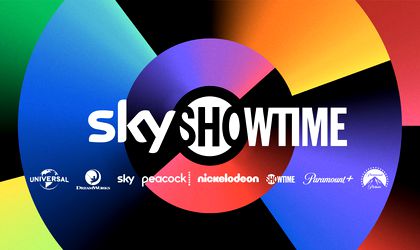 SkyShowtime – the next great streaming service for Europe – announced today that it has acquired exclusive European rights for 21 local series from Warner Bros. Discovery, including some of HBO Max’s popular and highly-acclaimed shows from the region following a competitive process. In total, the deal provides SkyShowtime 168 episodes—over 150 hours—of new and previously aired original programming. Financial terms were not disclosed.

The deal—which includes three brand-new series that have completed production and will have their world premiere on SkyShowtime in 2023—significantly accelerates the company’s entry into original programming. The new shows, which will be branded as SkyShowtime Originals, include ID (Finland and Sweden), The Winner (Czechia and Slovakia), and Warszawianka (Poland). Additionally, SkyShowtime will also premiere the second season of Por H o Por B (Spain). The first season of Por H o Por B will also be on the service. Premiere dates for these shows will be announced at a later date.

Other popular shows acquired in the deal include several series that recently premiered on HBO Max but will now have their exclusive home on SkyShowtime. They are Beartown (Sweden), Beforeigners (Norway), Kamikaze (Denmark), Lust (Sweden) and The Informant (Hungary). SkyShowtime will have the option to acquire worldwide rights on any renewed shows as well as the option to order new seasons for several shows.

In addition to new original series, the deal enhances SkyShowtime’s strong and compelling catalogue of critically-acclaimed series in time for its remaining launches across markets in Europe. As well as the nine new and current shows, multiple seasons of 12 successful series from HBO Max will be available exclusively on SkyShowtime beginning in March 2023. 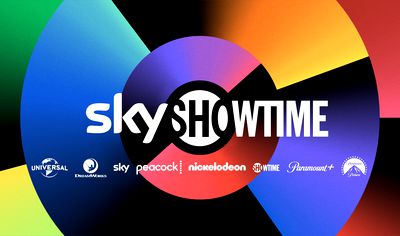 All of the acquired shows will be available to SkyShowtime subscribers across all of its 22 markets.

SkyShowtime CEO Monty Sarhan said: “This is a landmark deal for SkyShowtime, giving us an immediate foothold in the original programming space well ahead of plan. As a streaming service created specifically for Europe, SkyShowtime is committed to consumers in our markets. Local programming is an important part of our strategy, and we are pleased to be the home for these new series, as well as popular shows that resonated with audiences across the Nordics, Central & Eastern Europe, and Spain.”

SkyShowtime, which received regulatory approval in February 2022, continues to build out its programming team across all of its markets. In addition to the shows acquired under this deal, SkyShowtime is ramping up its own original programming capabilities.

Jon Farrar, Head of Programming at SkyShowtime, said: “Local original programming has always been a key part of our content proposition. We are thrilled to announce this first step in our original programming strategy. We are uniquely dedicated to our markets and look forward to working with local writers and producers to bring even more authentic stories to our subscribers.”

Created for Europe, SkyShowtime has teams across six regional offices. Its apps and content will be available in 18 different languages across its 22 markets.

Already live in 12 markets, SkyShowtime first launched in September in Denmark, Finland, Norway and Sweden, followed by launches in the Netherlands and Portugal in November. In December, the streaming service launched in Bosnia & Herzegovina, Bulgaria, Croatia, Montenegro, Serbia and Slovenia. SkyShowtime will launch in its remaining markets of Albania, Andorra, Czechia, Hungary, Kosovo, North Macedonia, Poland, Romania, Slovakia and Spain in Q1 2023.

For further detail on the SkyShowtime Originals:

ID (working title) is a Finnish crime series. The story revolves around Finnish art fraud investigator, Emma, who goes undercover to infiltrate an auction house in Stockholm to investigate the firm’s connection to a notorious money launderer known as Blanko. To go undetected, Emma chooses the cover identity Annika, a hot-headed socialite who lives for wild parties, drugs and alcohol and is the opposite of the cool, calm, and collected Emma. By adopting this wild persona, doors begin to open to the hidden world of high-class art fraud. However, becoming Annika means Emma must confront memories from her past that she has tried to forget.

Por H o Por B, a series produced in Spain, will return for a second season. After the journey in the first season, which took us from Parla to the Madrid neighborhood of Malasaña, Hache (Marta Martín) and Belén (Saida Benzal) return again for the next instalment of their adventures. The two friends are still living in Malasaña, but things have changed. The area remains a crazy and frivolous ‘theme park’ but the girls have found their place there, all without sacrificing their authenticity. They’ve accepted the place, and it seems that in return Malasaña has accepted them. Hache has a new job, working in nail salon and Belén tries to survive with different jobs while keeping her dream of becoming an actress alive. Itziar Castro, Diego Castillo, Javier Bódalo, Brays Efe will also reprise their roles.

The Winner is a Czech and Slovakian family comedy that tells the story of Viktor Hudák (Ady Hajdu), a fictional Prime Minister of a small European country ending his career in politics and returning to everyday life. However, when his successor radically overturns all the policies that he spent a lifetime building he quickly realises there is very little power in being an ex-Prime Minister.

In a bid to demonstrate that he is still relevant he attempts to step up and take the lead at home where he lives with his wife and three daughters. But having spent so long away from them, and not having the first idea how the real-world works, he finds a family which has long become used to living without him and a group of women far superior to any political opponents he has faced in his career as prime minister. Ivana Chýlková and Milan Ondrík also star.

Warszawianka is a fictional Polish drama series which follows the tragicomic adventures of a 40-year-old urban legend (Borys Szyc) in Warsaw. He is a deeply complex character, an irresponsible party animal, a serial lothario and everyone’s friend at the same time. Behind the veneer he is tormented and self-loathing, trapped by his parents (Krystyna Janda and Jerzy Skolimowski) and shackled by the culture and the times that shaped him. With a head full of dreams, his talent for writing has stolen the hearts of Generation X. But he hasn’t grown up. He’s weak. Having had and then lost everything, he is trying to make sense of the modern world surrounded by the city’s most interesting characters.

This Swedish drama is based on the bestselling novel of the same name. Beartown is slowly losing ground to the ever-encroaching trees surrounding it, but with the junior ice-hockey team having a shot at winning the national semi-finals, all the dreams of the locals now rest on the shoulders of a handful of teenage boys. This heavy burden becomes the catalyst for a violent act that will leave a young girl traumatized and a town in turmoil. Accusations are made, and like ripples on a pond, they travel through Beartown, leaving no resident unaffected.

This Norwegian comedic sci-fi series is set in the near future where people from the past start appearing in the present, the Beforeigners come from three time periods; the stone age, the Viking age and the late 1800’s. The Norwegian society imagined in the series is complex, and brings both opportunities and challenges on both sides, but there is hope, and humanity. Beforeigners is both a depiction of this surreal universe, and also a buddy-cop story following Detective Lars Haaland (Nicolai Cleve Broch) and Alfhildr Enginsdottir (Krista Kosonen) in a murder investigation years after the first wave of timegration.

Kamikaze is a moving Danish drama series that follows the fierce and charming 18-year-old Julie (Marie Reuther) on a journey of rediscovery, after losing her parents and brother in a plane crash. Suddenly, she finds herself alone in a large mansion with expensive cars in the garage, and, in theory, everything that most people only dream of: youth, beauty and money – lots of money – but material possessions hold no value to Julie anymore and she is forced to search for a reason to go on. She embarks on a wild and turbulent trip that takes her from her native Denmark to the far corners of the world. The series is based on the novel Muleum by Erlend Loe.

Anette (Sofia Helin), Nadia (Anja Lundqvist), Ellen (Julia Dufvenius), and Martina (Elin Klinga) are 40-something lifelong friends living and (mostly) thriving in Stockholm. When Anette conducts a government research study, dubbed “Sex Is the Highway to Health,” investigating whether good sex – or lack thereof – is impacting the health of Swedish women over 40, the friends suddenly find themselves questioning the ways life has gotten in the way of their own passions and desires. A comedy about friendship and curiosity, Lust follows four women who are ready to explore life beyond the expectations of career, marriage, and motherhood.

In 1985 Communist Hungary, chess champion Geri (Gergely Váradi) is eager to start his sophomore year of college in Budapest, even if it means leaving his ailing little brother and the rest of his family behind. But Geri has a secret. His plans to meet girls and party are overshadowed when Hungarian State Security blackmails Geri into spying on his charismatic classmate Zsolt Száva (Márton Patkós), an increasingly radical pro-democracy leader. With Geri juggling parties and political debates, Száva soon begins to realize there’s an informant among them. As spying becomes its own chess match, Geri wrestles with betraying his friends to save his brother, and the daily question: Whose side should he be on?