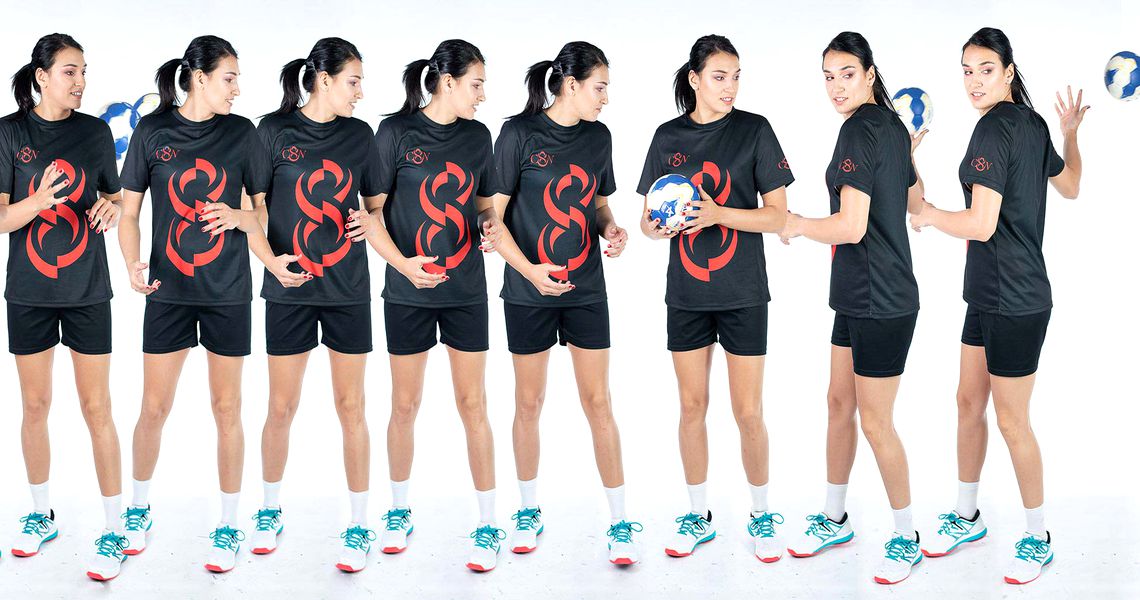 Rusu+Bortun Brand Growers expands its expertise in sports branding by signing the identity of Cristina Neagu, who was chosen for the fourth time in a row as the best handball player in the world. She is a sportswoman with a big ambition, a constant fighter who cannot be defeated, whether with or without the ball in her hand, on the field or in her personal projects. Through a constant exposure, the energy accumulated on the handball field becomes the inspiration that we all need in both sports as well as other fields. She has always known her sports potential, following this thought with a lot of force and motivation. She knows how to throw herself into the battle and to give all her best, constantly being an example for all of us.

Behind creating a brand there are not only her work and effort, but also an elaborate process, created by the brand agency Rusu+Bortun Brand Growers. An auditing process created with the people around Cristina Neagu, with figures in Romanian marketing, as well as one-to-one deep discussion with Cristina about her values and her goals.

“It was for the first time that I was put in the situation of choosing a graphic representation and an expression that would define me as a person and handball player. It was interesting to find out how others saw me and how I saw my story. I wish there were more players’ brands in Romania and that they would manifest in the public space, to become models for young people, not only in sports, but also in life,” said Cristina Neagu.

Therefore, the agency’s representatives wanted to identify the potential areas to associate with Cristina’s personality and built the brand strategy to reflect the reality and the traits identified following this process. Cristina Neagu is UNSTOPPABLE. Perfectionist, full of determination, with a lot of trust in herself and with clear leadership qualities.

Cristina Neagu adopted a brand identity that would reflect her values and personality. The chosen symbol (CN8) represents the duality between power and feminity: the initials of Cristina Neagu’s name, using different types of letters, one that expresses force and the other one, elegance. In the center the reference’ number, the 8th – unfinished, designed by the team especially for the new logo in order to transmit dynamism.

“In sports branding, as well as in personal branding, we applied the same rules: have focus (you cannot be everything for everybody), have authentic brand values, consider Cristina’s life story and reflect her future goals, tell a story (transmit emotion), be consistent (to have the same message each time) and create a positive impact in the world. To inspire, to motivate, to shape behaviors,” also said Alina Tudose, partner Rusu+Bortun Brand Growers.

From behalf of Rusu+Bortun Brand Growers, the team was made up of Alina Tudose, Catalin Rusu, Razvan Chifu (partners) and Anca Uscatescu (Senior Graphic designer & DTP).

“The meeting of Virgil Stanescu and our partnership with Sports HUB in order to create the champions’ personal brands I believe it fills an empty space in the sports world. For me it’s a double victory, both as a brand and as a sports passionate person. Cristina is an example of consistency, coherence and credibility. Those are the healthiest ingredients for growing a brand. I was impressed by the fight for authenticity, the zero overpromising, the critical judgment and the personal choices for whom she is now and what she proposes for herself in the future. The CN8 brand is about the process, the focus, about how you can face the road that is not easy at all, about how you can become unstoppable. From a visual standpoint, the CN8 identity describes the tension between the sports person and the person. The sports woman’s force, the explosion and the determination alongside Cristina Neagu’s elegance and delicacy,” explained Catalin Rusu, co-founder Rusu+Bortun Brand Growers.

Rusu+Bortun was founded in 2008 and is an agency that integrates strategy, design and creative brand manifestation through Brand Growers, and digital communication through Cyber Growers.