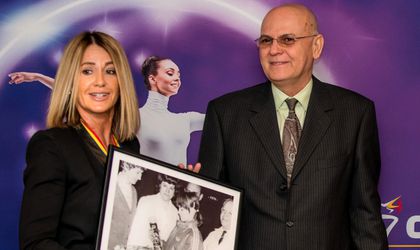 Farmec, the biggest Romanian cosmetics producer and official partner at the European Men and Female Artistic Gymnastics Championships, welcomed a delegation of the Romanian Gymnastics Federation.

The most famous Romanian personalities in the international gymnastics, Nadia Comaneci, Octavian Bellu, Andreea Raducan, Monica Rosu and Sonia Iovan, were welcomed by the head of the Cluj-based company.

“The Romanians are famous abroad due to their talent, traditions and ambition of being better in everything that they do. I am happy to say that Farmec represents our country with a lot of safety and perseverance, while for the foreigners Farmec and Gerovital became the equivalent of efficiency and quality,” said Nadia Comaneci.