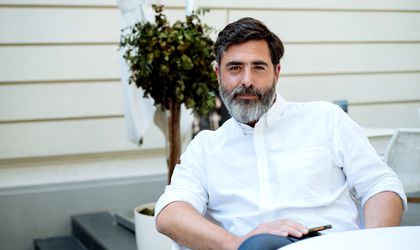 The design industry in Romania is relatively young, and it certainly needs support, as well as a good context that can foster development. Event organisers aren’t standing idly by, but powering through the difficulties and proving that creativity and innovation always win.

In the 9 years since the team at The Institute has been organising Romanian Design Week and Diploma, its representatives have certainly noticed a development: the product design scene has been more clearly defined and outlined, growing in a rather conceptual area, fashion and graphic design have also experienced major evolution, while architecture has always had a strong guild around it. However, according to Andrei Bortun, CEO at The Institute, there are still many unmet needs and aspects that could be improved: from the dialogue between producers or large companies and independent studios and designers to the education system and the relationship between the academic environment and the labour market, as well as issues related to production or distribution.

“I believe that today there is a closer dialogue between the different disciplines of design, a network that is beginning to translate into collaborations and interdisciplinary projects, and in the future, considering all the challenges and limitations of the local context, I expect the multidisciplinary approach to become more widespread, as it can turn these shortcomings into development opportunities,” Bortun said.

The Romanian design industry is experiencing continuous growth, as all the organisers of art and contemporary design events have significantly contributed to the education and growth of an audience that was almost non-existent 15 years ago, believes David Sandu, founder of Assamblage and curator of Romanian Jewelry Week. This constant growth was the result of the public’s ever-increasing appetite for quality design, originality, and the talent of emerging artists in the creative industry. For example, the Assamblage Art and Design Institute has had over 750 graduates since 2010.

For David Sandu, this pandemic has confirmed the importance of interaction for most of us. “Anticipating the needs of the creative communities which we represent was the main force behind them and behind the launch of the Romanian Jewelry Week project, even before the pandemic. The first edition in 2020 was a marathon of finding new logistic, legislative, organisational, and public safety solutions in order to be able to hold a live event. We very much wanted it to happen, despite the huge effort it entailed, and we had great results. 6 days in 7 locations in Bucharest, over 150 designers who sent in their works from all over the world, and over 2,000 visitors. We hope the numbers in 2021 will be even higher and that soon we will be able to talk about a whole community that comes together during this week dedicated to jewelry,” Sandu said.

In addition, in the context of the opportunities and contexts mentioned above, Bortun would like to mention Diploma, the only festival in Romania dedicated to the new generation of artists, architects, and designers. This fall will mark the eighth edition, and Bortun and his team are delighted with the large number of registrations so far: more than 500, from 7 cities. The main rationale behind this event is providing a launch pad for emerging talents, who sometimes find it difficult to affirm themselves and their work and to shape a clear, strong voice to communicate with the public.

The biggest number of entries this year have come from architecture, graphic arts, painting and fashion graduates. The other 10 categories are: interior architecture, mural art, textile art & design, product design, ceramics-glass-metal, photo-video, pedagogy, sculpture, scenography, and urbanism. A creative board of over 40 gallery owners, cultural managers, designers, curators, and entrepreneurs in the creative industries will choose the best graduating works of art that will be exhibited at DIPLOMA 2021, taking place at Combinatul Fondului Plastic on October 8-17. The event will also be supported by special activities such as talks, workshops, and collaborations with relevant partners.

According to Andrei Bortun, the pandemic was a break, a period of paralysis for the entire industry, but probably also a period of calibration and re-evaluation of priorities, with a focus on processes, resources, and objectives. Through discussions he and his team have had with many designers and studios, they’ve learned a lot about how this period has helped, in the sense that it represented or was perceived as a period of incubation, as a period of returning to processes, to essential elements, to discourse. “I believe that creative people have the great advantage of possessing a remarkable capacity for adaptation in general, more noticeable among designers, as they are inclined to turn limitations and constraints into solutions, as their discipline itself entails specific thinking in this regard. So, I think their adaptation process has involved a creative search and a return to their own practice,” said The Institute’s CEO.

On the other hand, Bortun thinks that the great challenge raised by the pandemic was one of a financial nature, because of the acute lack of professional associations, of a sincere and open dialogue between creative entrepreneurs and public administration representatives and between the public and private sectors. Bortun also believes that we all understand better than ever the role of solidarity, long-term strategies, systems, and a healthy local cultural creative scene that can cope with unforeseen situations. “I also expect to see more and more designers concerned about sustainability and resources, about the impact of products and processes on the environment in general, as well as about the importance of specific tools in shaping a more equitable future and more inclusive public policies,” added Bortun.

Moreover, as David Sandu noted, one mustn’t forget that this period has generated important insights and new communication, promotion, and online sales solutions. All these useful tools must be used on a larger scale, and they will definitely change the manner in which creative industries structure their strategies.

Has any good come out of the pandemic though? David Sandu thinks that looking for advantages in disadvantages is an attribute of those who are constantly looking to learn, to adapt, and continue what they are already doing. “For us, the main goals are securing a flexible position in order to stay on the market and confirming the fact that we have real and concrete resources in the position we hold in the industry,” Sandu explained.

In turn, Bortun believes that any crisis or obstacle can also generate positive outcomes, but it is also important to see how we can overcome it together or go through it (productively or not). “I think we have a chance to rethink systems and to question our priorities and the things we want – from objects or products we might buy, from the people in our field or from society as a whole. However, I believe that this exercise of looking towards the future can only be done through dialogue and interdisciplinarity,” The Institute’s CEO argued. 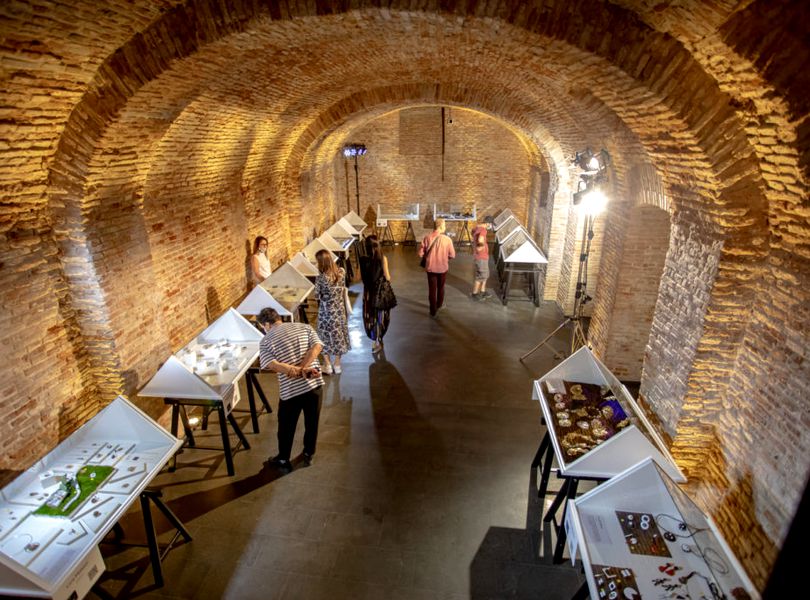 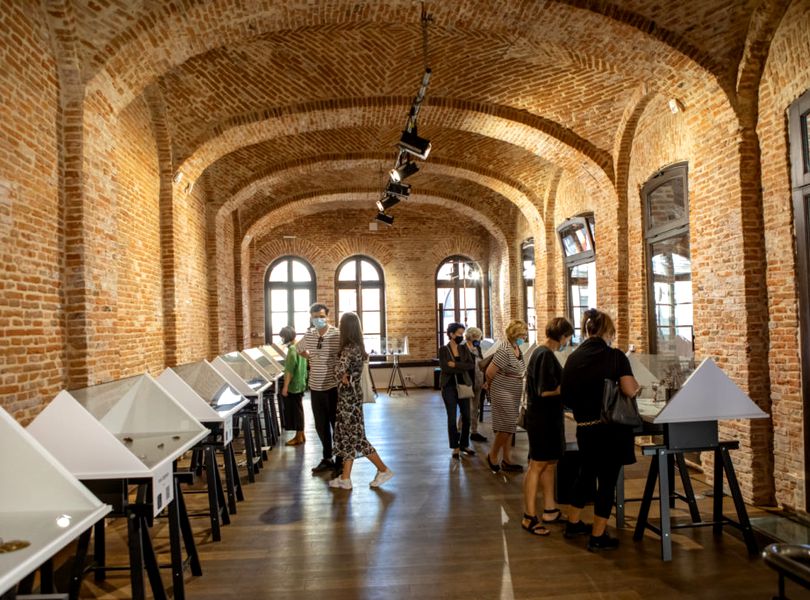 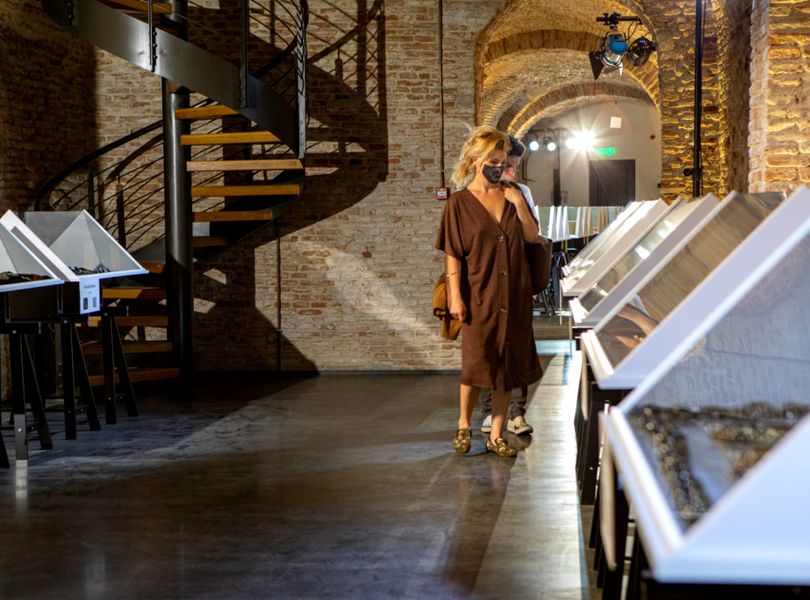 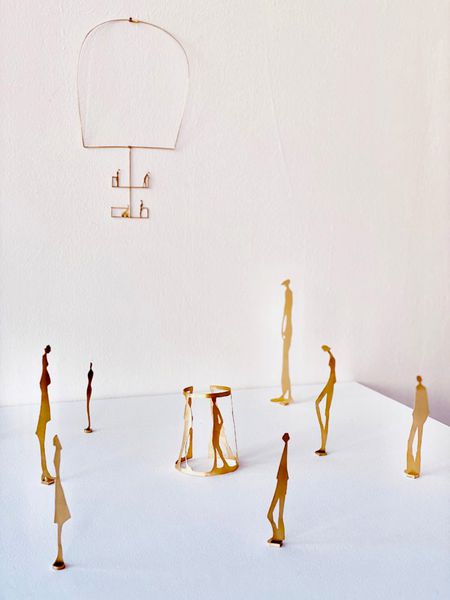 Romanian designers on the international market

What are our defining features in the international industry? Can one easily identify Romanian design nowadays? If we’re talking about the product design market, the fact that we have a few decades to compensate for compared to more developed markets and industries (see western or northern countries) is probably the biggest opportunity on the local market, as it has the chance to return to the craft, to the processes, to designers’ direct involvement in production, to small series and conceptual design in general (which asks questions and raises problems), in the attempt to find good solutions. But even that can be a form of adaptation, according to Bortun. And if we refer to graphic design, he thinks that in recent years we have witnessed the emergence of a new, fresh generation, which has offered many pleasant surprises. “Overall, the Romanian design market does not necessarily have specific features, but in an increasingly globalised world, I think that the only valid trend will be this alignment with the international dialogue and approach, to global concerns and themes,” said Bortun.

Meanwhile, the Assamblage representative noted that Romanian designers who are entering the international market are now dealing with the same issues faced by emerging designers and creatives from all over the world. Besides creativity and originality, it’s very important to be constantly present at industry events, specific to every niche. The big challenge being part of the international cultural and business environment. Since 2015, through Assamblage, Sandu has been trying to do exactly that, aiming to create a visible presence of Romanian designers at the most important global events for contemporary jewelry: London Fashion Week, Joya Barcelona, Prague Design, and Fashion Week, Milano Jewelry Week, etc.