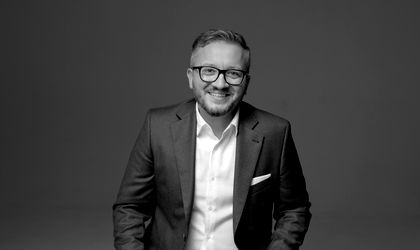 MOCAPP, the Influencer Marketing platform, recently attracted a new financing of €175,000, which will be used to enter the UK market starting 2022. The invested amount comes from ROCA X (lead investor), respectively NETOPIA Ventures, being a Bridge Round, for a new investment round MOCAPP is going to support in the next year spring and which is estimated at a maximum of €1 million.

“This first support from high top investors as ROCA X and NETOPIA comes less than a year after the crowdfunding investment carried out through SeedBlink, which we used to attract clients from Central and Eastern Europe, especially Bulgaria, Poland and the Czech Republic. It is a proof that the value and potential of the MOCAPP business increase step by step”, says Florin Grozea, founder and CEO of MOCAPP.

In the last 12 months, the MOCAPP platform has facilitated campaigns that have exceeded €550,000 in total budgets, involving over 200 influencers from 27 content niches. The campaigns were conducted by brands and advertising agencies from Romania, Bulgaria, Poland and the Czech Republic. Currently, MOCAPP has almost 100 paying clients and 1,400 professionals who have already tested the platform, 60% of users being companies and online stores.

“At ROCA X, we are looking for innovative business models with global scaling potential, put into practice by great entrepreneurs. We discovered this model in MOCAPP, and we also found vision, experience, passion and perseverance in the founding team” says Matei Dumitrescu, senior partner ROCA X, part of Impetum Group, coordinator of the current round. “This round, where NETOPIA Ventures also participated, takes place in two stages. During this first stage we set out to test some growth hypotheses, then we’ll focus all our support on the identified direction”, he mentioned.

The recently attracted funds will be used for developing a new digital tool for e-Commerce companies, which is to be tested in BETA version in the spring of 2022 and focuses on the British market.