MSLGROUP The Practice wins the Innovation Trophy In2 SABRE Awards 2017 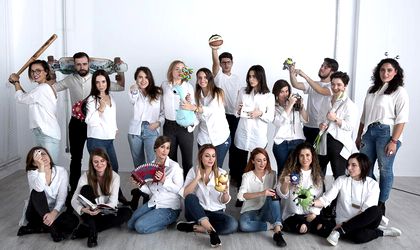 For its 10 years’ anniversary, MSLGROUP The Practice won the trophy for innovation In2 Sabre Award at the category PR Agency Employee Program, being named the best communication campaign with the employees, in the EMEA region.

The same campaign received also a Certificate of Excellence at the category Innovative Agency Initiative,

The In2 SABRE awards recognize the excellence in different innovation categories and are given during the EMEA In2Summit that focuses each year on the marketing and communication future.

MSLGROUP The Practice celebrated its presence for one decade on the market through a campaign named Creativity Syndrome.

“After the first 10 years of existence, in November 2016 our agency has not less than 100 winning campaigns in the international and local competitions, all developed successfully for the clients. Therefore, not at all randomly, the 101 campaign had as stars exactly the ones that are manifesting and transmitting in present The Syndrome, the people in the team,” said Oana Bulexa, managing director MSLGROUP The Practice.

Initially designed as an integrated campaign for 25 people, Creativity Syndrome went from the first day beyond the agency’s borders, having received a great deal of interest and awareness due to the stories and the experiences lived by the team’s members.

For 10 days they were under intense treatment (#undertreatment) in order to know and to feed as much as possible the syndrome, with the help of ten inspiration tablets. The campaign included a visit at the Automobile Dacia plant in Pitesti and a series of workshops in various fields including floral creation and improvisations.

The campaign lasted 30 days in total and included the 10 years’ anniversary party, media relations, supporting the most creative ideas at Startup Weekend Bucharest 2016, an activation with the participants of the Biz Days 2016 and had a great Grand Finale: winning the fourth trophy of PR Agency of the Year in Romania at Romanian PR Award.