Media Fact Book: 2021 is the year in which the total value of the media market exceeds 500M euro 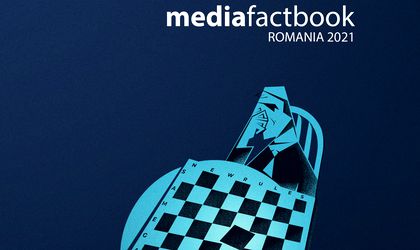 “Our industry is recovering quickly after a year of challenges and the comeback is so spectacular that it makes us forget how hard it was for the industry in 2020. It’s been 13 years since the crisis of 2008-2009 and now we can finally say that we overcame the 2008’s historical maximum of the market in media volumes. We see that the media ecosystem in Romania has adapted very quickly to the challenges that lockdown and restrictions have brought and made the most of the opportunities that this crisis has opened – we see a spectacular increase of digital channels, an explosion of new advertisers on the market by categories that are related to digital services – which creates new territories for the communication industry in Romania. I would say that, after a 2020 with a moderate decline of the media industry, it has resumed its normal, upward course, with which we were used in the last 6 years”, said Alexandra Olteanu, Managing Director Initiative Romania. 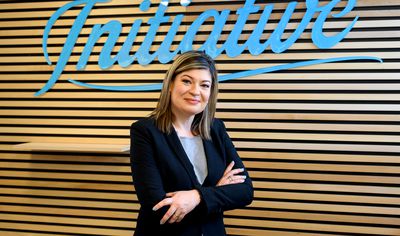 “The threshold of 500 million euro has been a benchmark for the entire media market for a long time. And it is now becoming a symbol of our transformation. From the year of grace 2008, when print was on second place after the TV, to 2020 when we expected to reach this threshold again, with digital media as the main engine of growth. When we look (for how many times?) at this round figure we remember the fragility of out hypotheses, the need for permanent adaptation to a reality that does not wait to be analysed. In 2021, smart TV is more used than tablets to access online content, and the rediscovery of life at home promises to influence media consumption on a long term. We work on Teams, we reconnect at the office, and the job of understanding the consumer is more like a safari and less like a laboratory research”, added Catalin Florea, Head of Product Initiative Romania.

2020 was the first year in which TV audiences increased by 3% among the 18-54 years target, living in urban areas. The report shows that a higher number of viewers with middle and high education levels watched TV programs last year (+3.1pp), and among them, the female audience is more significant (+1.1pp). There is also a shift in audiences towards the off prime time interval and an increase in viewing time by 6% compared to 2020. TV advertising budgets fell by 2% in 2020, but increased by 9% in 2021, doubled by a two-digit buying CPP inflation.

Digital media budgets increased by 6% in 2020, compared to 2019, with Google, Facebook and Programmatic being the main beneficiaries. As we move forward in 2021, we can see a strong increase (estimated at +19%) for this year as well.

2020 has marked multiple milestones, one of which is the explosion in mobile devices usage since a great part of the outside world has been physically inaccessible. Thus, there was a 4% increase in usage for messaging apps, 11% increase for online payments, and 15% increase for online banking apps. For 2021, local and global players will continue to develop new mobile formats and will look for solutions for the future “cookieless” world, to offer advanced targeting and optimization possibilities.

Radio stations have quickly adapted to the new digital context and have integrated their programs into social platforms, on their own websites and through dedicated apps. The Association for Radio Audience changed the method of measuring audiences, as well as the target which was different from previous years and considered the emigration phenomenon. Thus, only the population living in Romania was considered but although having this new wave of audience and due to the pandemic, incomes decreased in this sector by 20% compared to 2019.

For 2021, a 10% increase in radio advertising volumes is estimated, amid easing restrictions and returning to a normal life. Radio stations will recover loses from traditional sales with revenue generated from online streaming, which makes the content accessible on multiple devices.

In terms of OOH advertising, the pandemic managed to erase almost 12 years of growth in 12 months. On April 15, 2021, BRAT launched the OOH Audience Survey, which marked an important step for the media industry, as this segment was the only unquantified medium in terms of audience and exposure efficiency. The study covers 7,200 billboards in Bucharest and 10 other cities in the country (Bacau, Brasov, Cluj, Constanta, Craiova, Iasi, Oradea, Ploiesti, Sibiu, and Pitesti will be added soon). In 2021, the Media Fact Book report estimates a 12% increase in investment in OOH advertising compared to 2020.

The above information was extracted from Media Fact Book, the only analysis of the Romanian media and advertising market published annually by Initiative Romania since 1997. The full report can be downloaded at www.mediafactbook.ro.