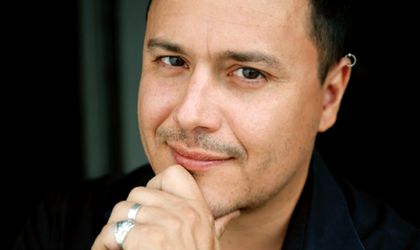 The CEE operations are a part of the Groupe’s Northern and Central Europe region which is led by Chief Executive Officer, Jarek Ziebinski.

“Creativity, I believe, is the biggest source of competitive advantage in business today. As we continue to transform our company across the world to drive the Power of One model, we wanted to ensure our focus remains firmly on creativity, more specifically, the new kind of creativity that is in line with the world we live in today, fueled by data, amplified by technology and delivering desired results. The appointment of Jorg as the Chief Creative Officer for Publicis Groupe in CEE reinforces our commitment towards this. Jorg’s strong track record in delivering effective creativity speaks for itself. I’m confident that he will bring the creative firepower to elevate our creative strength across the CEE region,” said Jarek Ziebinski, CEO, Publicis Groupe Northern & Central Europe.

Over the course of Jörg’s 16-year career with Publicis Groupe, 12 of which (2002-2014) were with Saatchi & Saatchi where he worked with offices across Europe and Latin America including Rome, San Juan, Bucharest, Frankfurt and Berlin. During this time he was also roped into several network projects that saw him working with markets including Madrid, Amsterdam, Paris, Copenhagen, Geneva, Brussels, Milan and New York.

While at Saatchi & Saatchi Bucharest, Jörg led the agency to become the top internationally-awarded agency in Romania in 2008 and 2009 and top three position in the CEE region at Golden Drum.

In July 2014, Jörg was appointed as the Chief Creative Officer of Publicis Romania. Under his creative leadership, the agency ranks as the top Publicis agency in CEE and the third placed Publicis office globally at Cannes Lions 2018. During these four years, the agency was awarded with 11 Cannes Lions, four Grand Prix and 2016 Agency of the Year at Golden Drum, D&AD recognitions and most importantly, consistent new business wins.