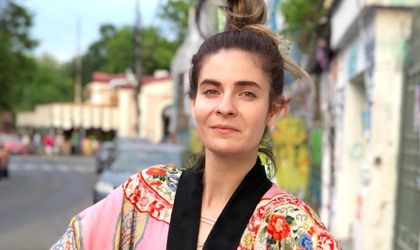 Her role will be to raise the agency’s creative output, gain creative recognition, build an internal creative culture that benefits clients and partners, and scale creative ideas and opportunities at a regional level.

Zamfir began her career in advertising in 2010. Over the past seven years, she has been part of the world recognized creative team of McCann Bucharest, eventually being promoted to group creative director. She has been recognized internationally for her creative work being awarded multiple prizes at several major industry festivals, including Cannes Lions, Eurobest, Golden Drum, Effie and Fibra.

During her tenure as copywriter, in 2017, the international jury of Fibra Awards recognized Ioana by awarding her copywriter of the Year in Romania. She was also a member of the Grand Jury at the New York Festivals.

“Our immediate goal now is consolidating our foothold in the region, with a special focus on creating content and providing digital marketing solutions. I am confident Ioana is extremely well-prepared to tap into our existing talented creative team and that she will deliver the same high standards that she is known for,” said Radu Florescu, CEO, Centrade | Cheil South-East Europe.