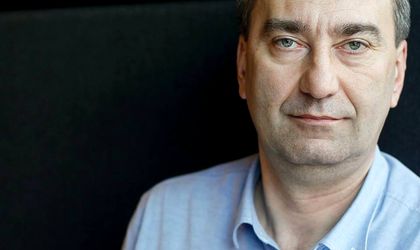 The known journalist and media executive Cristian Dimitriu has joined GMP PR as head of corporate. In his new role, he will coordinate the communication team and develop the agency’s corporate segment.

On his appointment, Ioana Manoiu, managing partner GMP PR, said: “We intent to focus more on the area of strategic consultancy and stakeholders’ engagement, where Cristi’s experience of over 20 years in journalism and media management will make the difference”.

Dimitriu started working in media in 1993, as political reporter at Ora Newspaper, switched to Mediafax News Agency in 1994 and there he was reporter, chief political news department, deputy editor in chief, editor in chief and general manager. Afterwards, he was editorial director at Mediafax Group and, last year, together with a team from Mediafax, founded the news agency News.ro, where he was general manager until September 2017. He organized and moderated tens of business conferences under the Mediafax Talks and News.ro brands and believes in dialogue, in the interaction of ideas and in communication.