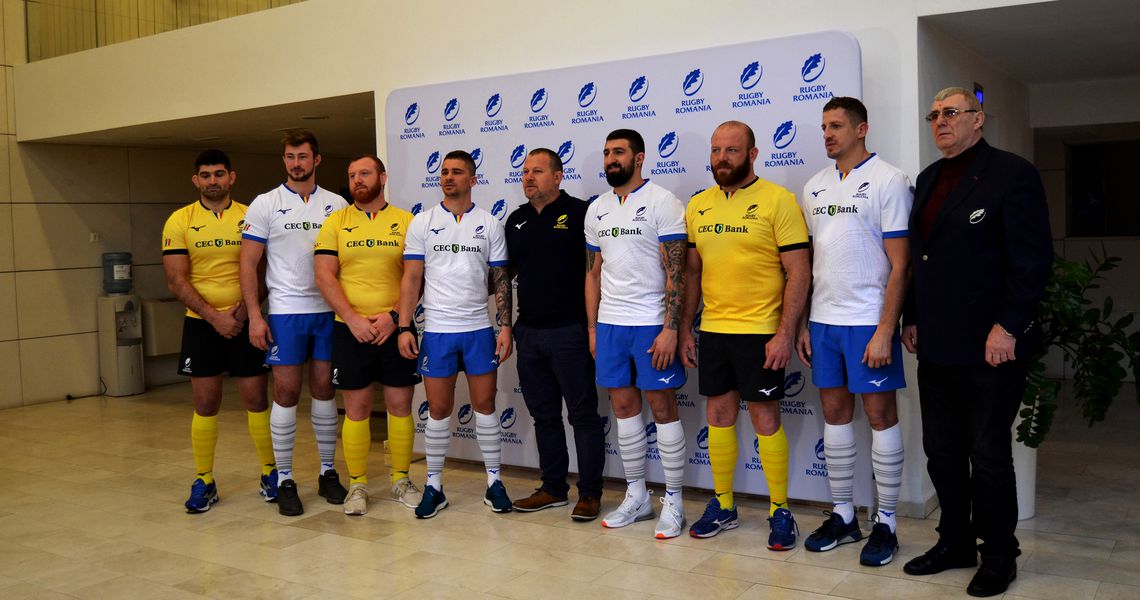 FCB Bucharest announces, in partnership with the Romanian Rugby Federation, the launch of the new equipment for the national team.

The graphic design has as main visual element an oak, referring to the unofficial naming of the team – the Oaks, as well as an historic imprint of the team in the Romanian sport. Each ring is illustrated with the name of the players that wore the t-shirt of the Romanian representative at the Olympic Games, the World Cup or that won the European Championships, the visual concept carrying the genetic imprint of the national team that, just like the oak tree, becomes stronger and stronger with every generation.

The new equipment supports the design direction adopted by the Romanian Rugby Federation, a creative approach that continues to enjoy a big opening from the behalf of the lovers of this sport.

“The design created by the FCB team joins the FRR message, #TotiPentruRomania (AllForRomania), and has at its basis the fundamental values of this sport: respect, discipline, passion, integrity and solidarity. Moreover, this synthesizes the cultural heritage of our people, as well as our attitude, the Romanians, in front of the difficulties and the challenges during the time,” said Alin Petrache, President FRR.

‘’Taking in account the previous versions of the national team’s equipment, very well realized and with a big public success, this challenge came as a perfect fit in the centenary year. In order to illustrate the message #TotiPentruRomania, we went towards the essence – the people that built the history of this team and those who are following on their footsteps right now. When we talk about our Oaks, the illustrated trunk on the equipment was a natural choice,” declared Viorel Holovach, Senior Art Director FCB Bucharest.

The teams that created the project included: