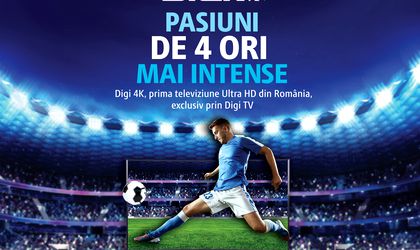 Digi Group launches a special package for Digi TV subscribers, the 4K package, which includes Digi 4K and Eurosport 4K. Eurosport 4K, a channel in the Discovery Romania portfolio, will be, alongside Digi 4K, the second UltraHD station introduced by the electronic communications operator Digi in its 4K package, as of Friday, January 17, 2020.

Digi TV subscribers who already activated the Digi4K extra option will be able to watch the most popular and loved sports competitions broadcasted by the two stations across the country. For customers who plan to activate this extra option, the 4K package will be available for the price of RON 5 / month (including VAT).

Digi | RCS & RDS was the first operator of convergent electronic communications services in Romania that launched a 4K television on the local market. Since its launch in November 2018, Digi 4K has broadcast a mix of content consisting of premium sports broadcasts (UEFA Champions League, UEFA Europa League, La Liga, Bundesliga, Formula 1 and others) and documentaries. On Eurosport 4K, viewers will be able to see the Grand Slam tennis tournaments, cycling, the Summer Olympic Games, snooker, winter sports and many others. Through the 4K package, sport fans subscribed to the Digi TV service will have access to the widest range of sports broadcasts, produced at the highest performing TV standards available on the Romanian market.

The operator and Discovery Romania signed a strategic agreement at the end of 2019, thus including Home and Garden TV (HGTV) on the operator’s offer, in addition to the premium content available on Eurosport 1, Eurosport 2, Discovery Channel, TLC and Travel Channel. 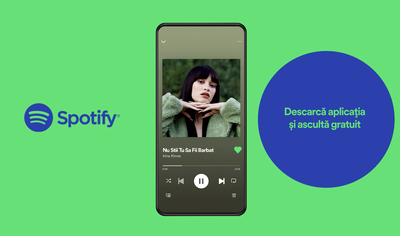 Digi | RCS & RDS is the leader of internet, pay-tv and converged services market in Romania, with operations in Hungary, Spain and Italy. Established 26 years ago, the company owns the largest state of the art fiber optic network in the region. Digi brings to the market the most accessible electronic communications services, both in the field of fixed and mobile communications. Over time, this competitive advantage turned into a benefit for millions of customers, thus gaining faster and less expensive access to the highest quality services.