DDB Romania, the only Romanian agency awarded with Silver at Cresta Awards 2022 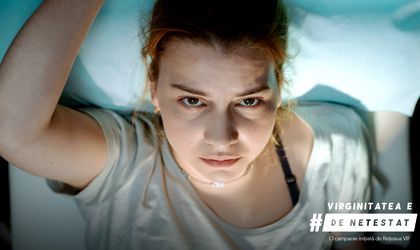 The creative agency DDB Romania, a member of TheGroup, is the only agency in Romania that received a Silver trophy at the Cresta Awards 2022, one of the most important international festivals dedicated to creativity in communication.

DDB Romania was awarded Silver in the “Brand Content” category for the #DeNetestat (UnExaminable) campaign, an initiative for the legislative elimination of virginity tests, launched at the national level, at the beginning of June this year, in partnership with the Network for the Prevention and Combat of Violence Against Women (V.I.F.).

Considered one of the most important global festivals dedicated to creativity in communication, the Cresta Awards announced, at the beginning of October, the winning campaigns of 2022. Among them is #UnExaminable, a campaign designed by DDB Romania, in partnership with the Prevention Network and Combating Violence Against Women (V.I.F.). #UnExaminable obtained a Silver trophy in the “Brand Content” category, subcategory “Brand-Funded Film (factual)”, totaling the highest number of points among the local agencies participating in the festival. DDB is the only agency in Romania that won an award at the Cresta Awards 2022. At the same time, the #UnExaminable campaign was also shortlisted in the “Healthcare” category, the “Public Awareness” subcategory.

“We dedicate the trophy to the entire team involved in the realization of this project. The fact that we managed to communicate on a national and international level about such a delicate issue – such as virginity testing in Romania – and to generate such a strong impact among public opinion, represents the greatest success of this campaign”, declares Roxana Memetea, Managing Partner of DDB Romania, agency that signs this campaign. 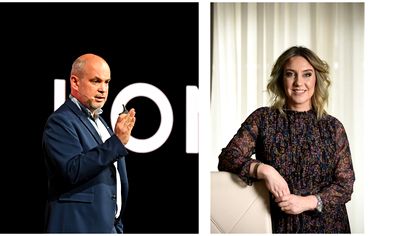 “This award honors us and makes us responsible, equally. We wanted to shed light on such a sensitive matter – such as virginity testing – and to legislatively eliminate virginity tests, carried out by forensic medicine services in Romania, highlighting that virginity is a social construct, which cannot be tested from a medical point of view and should not be promoted in 2022 in any developed country. The impact of the campaign was overwhelming, we benefited from both national and international media exposure, which helped enormously to popularize the message. Beyond awareness, the public’s feedback was very important for us and we thank them for not remaining indifferent regarding such a sensitive subject”, believes Roxana Țâmpău, Managing Director of DDB Romania.

“#DeNetestat was the work of an extensive team, creative and involved in what they do. Beyond the importance of the exposed subject and the packaging of the content, emphasizing the emotions, I believe that the impact generated on the general public was the one that produced all the positive post-launch effects, including winning this award”, also mentions Roxana Niță, DDB Creative Director Romania.

It was launched on June 6 this year, on the occasion of the baccalaureate exams, as an alarm signal about the existence of a type of abusive and traumatic medico-legal testing, to which young women in Romania can be subjected: the virginity testing exam. By drawing a parallel between the maturity exam (BAC exam) and the virginity verification exam, the campaign aimed to legislatively remove these tests, considered by the World Health Organization (WHO) from legal medicine units in the country violation of human rights.

The campaign consisted of an emotional film in which the protagonist is a teenage girl undergoing this exam, right around the simulations for the BAC exam. In the film, the young woman talks about the anxiety she often faces before the exams she is about to take.

The topic of the campaign was launched into the debate on the public agenda and was followed by an online petition to eliminate these examinations, addressed to the Ministry of Justice, the Ministry of Health and the National Institute of Forensic Medicine. More than 40,000 signatures were collected in this petition, carried out on the platform of the non-governmental organization Campaniamea.Declic.ro, in just one week after the launch of the campaign.

In fact, less than a week after the launch of the campaign, the Institute of Forensic Medicine Mina Minovici from Bucharest (INML) announced that it no longer issues virginity certificates on request, regardless of age.

#UnExaminable is signed by the DDB Romania agency, carried out pro bono in partnership with the Network for the Prevention and Combat of Violence Against Women (VIF), and communicated with the support of ABIS Studio, Porter Novelli, Media Investment, director Iulia Rugină, actress Voica Oltean, composer Mihai Dobre and the photographer Adi Bulboacă.

The credits go to:

DDB Romania puts soul in the launch of the new Vera Verde range...

„Something good awaits you” – the latest McDonald’s brand platform, launched by DDB...