Bold by Medic One Study: Romanians are open to virtual medical checkups 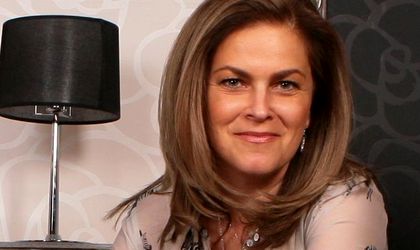 Șeven in ten Romanians in the urban area use technology for activities related to health, shows a study carried out by the agency Medic One in partnership with iSense Solutions, in the platform Bold.

The biggest part of them (58 percent) are saying that this way they have a better control over their health state, other benefits indicated being the reduce stress regarding the personal or family illnesses (44 percent) and an easier communication with the doctors (42 percent).

Half of the Romanians that are using the technology are doing this in order to get informed, while 35 percent are using it for organizing their health state or the medical treatment (schedules, reminders), 29 percent for monitoring the health indications and 23 percent in the communication with the doctors or other patients. Among the Romanians that are getting informed online on subjects related to health, the majority of them used in the last year general forums (74 percent), specialized online platforms (69 percent), groups in social media (37 percent), blogs (32 percent) or chat with the social media friends (31 percent).

„Even the technology makes them feel in control and less stressed out, the majority of Romanians get informed from unauthorized and unverified sources such as forums or blogs, something that can have a negative impact over their health. That’s why, our recommendation is that the doctors, especially the specialists, should communicate more in online, in order to reach the patients and to minimize the influence of unsure and misleading sources,” said Oana Cociasu, managing partner, Medic One.

According to the study, 67 percent of the ones using the technology – intelligent devices (fitness bracelet, pedometer), mobile apps and / or online platforms (including email, social networks, forums or chat) – in health started to do the same thing from their own initiative, only 15 percent at the doctor’s recommendation, 11 percent at the family’s or friends’ recommendation and 5 percent at the one of other patients.

„The fact that the majority of Romanians are using the technology in health, from their own initiative shows a very important growth potential for using it in the case of some bigger PR efforts for the doctors, pharmacists or medical services providers. Moreover, a very important public, alongside the patients, is represented by those who take care of others’ health. For example, 6 of 10 Romanians in urban have in care other persons, especially older members of the family (35 percent) or children under 12 (21 percent)”, explained Andrei Canda, managing partner, iSense Solutions.

The study also shows that Romanians are open to virtual checkups, especially for asking extra questions to the doctors / to find out more details (89 percent), but also for the interpretation of medical investigations (87 percent), monitoring the evolution of an illness (74 percent), prescribing the treatment (72 percent) or the diagnosis (44 percent).

Most of the Romanians would want to use apps and online platforms for medical scheduling (78 percent), access to information about illnesses or treatment, verified by experts (65 percent), finding the right specialists according to the symptoms and maybe finding their reputation or the opinion about them from other patients (61 percent), keeping the evidence of the analysis’ results and the medical history (57 percent), keeping the evidence of the treatment’s administration and the organizing of the scheme of treatment (51 percent), monitoring the health state or the evolution of the illness (47 percent) or support for administrative duties such as the prescription renewal (44 percent).

While it regards the actual state of the Romanians’ health in urban, 35 percent declared they suffer of chronic illnesses (50 percent of those over 45 and 24 percent of those under 45). Most of them are interested especially in prevention (58 percent), but also about updated information on themes regarding health (34 percent). Moreover, the Romanians preferred in the last year the private health services rather than the public ones for laboratory analysis (61 percent vs. 40 percent) and for imagistic tests (37 percent vs. 27 percent), while the state services were used especially in the case of hospitalization (39 percent vs. 9 percent) and chirurgical interventions (25 percent vs. 11 percent).

The study had sample of 1.360 respondents in urban area, with ages 18+, that are using the Internet. The data were taken online through the ResearchRomania.ro Panel, during April – May 2017 and are representative for the urban area. The results of the study have a degree of +/-2,66 percent error, at a trust level of 95 percent.