Bold by Lowe Group Study: How does the modern family look like in Romania 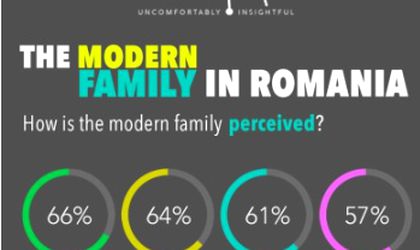 „We’ve analyzed, on one hand, how the Romanians see a modern family, and, on the other hand, how does the study look in reality, in order to generate insights that can truly help the brand adapt their communication to this public category,” said Adrian Chiuhan, head of Strategy, MullenLowe.

Moreover, Romanians believe that in a modern family children have unlimited access to technology (64 percent vs. 5 percent in the traditional families), and their opinions are important in the family’s decisions (49 percent vs. 10 percent). Still, the children are more attentive when they are supervised (56 percent vs. 12 percent), the teenagers are encouraged to choose by themselves their career (52 percent vs. 7 percent), while the parents are preoccupied with learning about parenting (49 percent vs. 9 percent). At the same time, the modern families are open towards adopting children (55 percent vs. 44 percent).

In reverse, the most Romanians consider that, in a traditional family, the parents raise their children with the help of the grandparents advices (55 percent vs. 6 percent in the modern families), having a closer relationship with the extended family (50 percent), while the husbands earn more than their wives (44 percent vs. 10 percent). 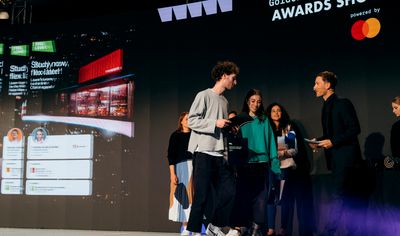 „Despite the general perception, the modern families communicate daily with the relatives, more than the traditional ones, and are more preoccupied with spending their time together,” explained Andrei Canda, Managing Partner, iSense Solutions.

When it comes to the household chores, the modern families, more than the traditional ones, are ordering home delivery food (33 percent vs. 22 percent), do the shopping in online supermarkets online (22 percent vs. 18 percent), hire nannies (15 percent vs. 10 percent) or pay for house cleaning services (17 percent vs. 11 percent).

The study was realized by the company iSense Solutions, exclusively for the Lowe Group, on a sample of 820 respondents in the urban area, aged 18 or more. The data was acquired online via the ResearchRomania.ro Panel. The results of the study have an error degree of +/-3.42 percent.

The Flight Festival and MullenLowe Romania challenge: FLY BEYOND THE SUNSET, at the...