Local ice cream market estimated at RON 600 million, a record value of the past decade 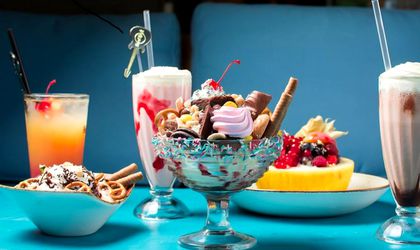 The spring season and the start of the summer, with a lot of rain and humidity, were not in favor of ice cream sales, but the ice cream makers hope that July and August will drive up consumption. The ice cream market is estimated to exceed RON 600 million in value, a record for the last 10 years, according to a Frames analysis.

The number of ice cream makers in Romania has doubled from 2010 to date, from 99 to 204 in 2017. In 2018, a year for which there is not yet all the final data, the number of companies seems to have passed 210, shows the analysis presented at Train Your Business VIII event.

And the turnover of companies in this sector (CAEN code 1052) increased at the same high rate, from RON 396.3 million in 2010 to RON 531.8 million in 2017. Last year, the Frames estimates indicate a business beyond the RON 600 million level, and for the year 2019, the value tends to be overcome as a result of the increase in consumption and, of course, the year’s rising price due to inflation.

“Investors’ interest in this sector is a strong one and comes as consumption increases. More and more Romanians consume ice cream in various forms, ranging from classical ice cream to sticks to 500 grams of boxes purchased for home, in supermarkets. Expanding the range of brands, increasing variety and significant investment in marketing and promotion have made the Romanians look at ice cream as a viable alternative to regular sweets,” says Frames analysts. 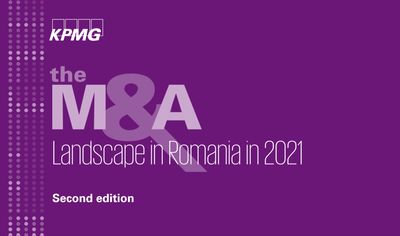 Taking into account also the import ice cream business, for which there are only unofficial estimates, the ice cream market is estimated at over RON 1 billion, with a few dozen important importers active in the sector, mainly operating in the hypermarket sector .

“The summer of 2019 could bring a new profit peak. As the forecasts indicate a drought that will last until September, and 70-80 percent of sales in the sector are concentrated in summer, the results are expected to be positive, according to estimates,” the analysis shows.

Betty Ice is, for years, the main player in the ice cream market in Romania. Due to the expansion of the product range, the distribution network and the efficient promotion campaigns, the Suceava producer reported a turnover of RON 127.4 million in 2017 and a profit of RON 12.8 million. For comparison, in 2010, the company reported business of RON 74.4 million and a profit of only RON 4.89 million.

The next places are taken by Top Gel Prod (turnover of RON 81.1 million in 2017), Ice Dyp Balas (RON 41.5 million) and Viosand Tricotext (RON 39.5 million, but the whose turnover also comes from other areas of activity). In the top 10 there are also Cicom, Abi Grup, Secret Prod, Cami-Delicia and Avanti, in the order of turnover in 2017.

Together, the top 10 players in ice cream producers make businesses worth RON 456.8 million, representing over 80 percent of the market.

The Frames analysis also shows that of the over 200 manufacturing companies, only 7 are in the mid-sized area, with the remainder working in the small business and micro-enterprise sector, with an average of only 17 employees at the industry level.

The net average turnover, at the level of the sector, is around RON 2.6 million and the average net profit exceeds by RON 200,000.

From a regional point of view, Bucharest-Ilfov is the area with the largest number of clients, attracted the most investments in this area. The statistics of the Ministry of Finance and the Trade Register indicate a number of 34 companies active in 2017 in the area. Constanta, with 13 companies, Cluj with 12 companies, Timis and Dolj with 10, and Iasi with 9 companies are among the top counties in this sector.

The significant evolution of the ice cream market in Romania is in line with the increase in national consumption. According to Eurostat data, in 2017, our country climbed two positions in the ranking of the largest producers in the EU, up to 10th, with a production of 47.8 million liters. The top is driven by Germany (517.4 million liters), Italy (511.4 million liters) and France (465.8 million liters).

“Eurostat statistics show a per capita consumption of about 2 liters (the equivalent of 22 frozen cornets), one third of the European average. For example, in Sweden and Germany, consumption is up to 8 times higher and at regional level we are still half,” says Adrian Negrescu, manager of Frames. “The rise in living standards and the substantial change in consumer habits have positively influenced this market, and 2019 is now known as the best year for industry in the last 10 years.”

Increased consumption has also attracted investors as evidence that the main player in the market, Betty Ice, was taken over by the Unilever giant and the company’s production reached five regional markets. And the second Alpin 57 Lux market player was taken over by the Latvian Food Union group.

“From the talks with the producers, it turns out that from the point of view of consumer trends, in 2019 the focus is directed towards the impulse assortments (ice cream mainly on the stick) and the scooping area. And the artisanal area is more and more sought after, with more and more Romanian brands in the foreground, from the start-up area, offering special flavors different from the classic offer. And the take home segment is increasingly being promoted, especially in modern trade, hypermarkets and supermarkets, allotting ample space for these products. It is also expected that the summer of 2019 will bring an expansion of the low-calorie product range, in tune with the international industry’s evolution,” shows the findings of the analysis.