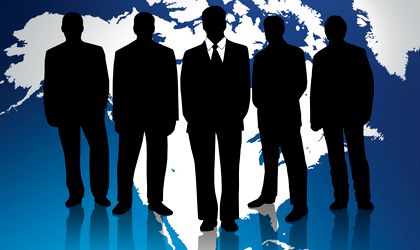 CEOs questioned in the Leadership Agility Report put together by CEO Clubs in cooperation with SARGIA Partners and Focus Bari say performance has not suffered in the difficult context of the past three years of economic recession and general instability. The premise of the research, conducted among 106 top-level executives from leading firms in Romania, national, multinational and global, was that the international recession, in combination with the expectation of recovery for the local economy, has created an unprecedented situation for locally-based businesses and executives.

The research examined business agility, both at personal and corporate level. The definition coined by Bill Joiner, co-author of Leadership Agility, was used: “the ability to lead effectively when rapid change and uncertainty are the norm and when success requires consideration of multiple views and priorities”.

Respondents in the survey identified as the most serious challenges for the next three years price competition (52 percent of responses), rising customer demands (49 percent), pressure to be the first to market or innovate (49 percent) and pressure to drive down operating costs (42 percent).

A second tier of challenges, scoring between 18 percent and 25 percent are management of supply chain and operational complexity, the commoditization of products and difficulty to access capital for growth. Other issues are those related to infrastructure and productivity: difficulty in increasing productivity and compliance and regulation, as well as  “bureaucracy and chaos in legislation” and “getting used to work under continuous change”.