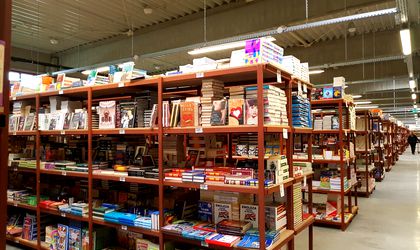 Libris.ro, the largest online bookstore in Romania, registered a turnover of RON 38 million after the first 9 months of the year and estimates that it will conclude 2019 with a turnover that will exceed RON 55 million. The positive dynamics is due to the end of the year, marked by Black Friday and the winter holidays, which generate 30-35 percent of the total turnover.

Between January and September 2019, Libris.ro registered an increase of over 35 percent compared to the same period of 2018, and the largest book sales were registered in the Books category in English (an increase of 215 percent compared to from January-September 2018), Beletristică – universal literature (+ 140 percent) and Beletristică – Romanian authors (75 percent). Particular dynamics were also recorded in the segment Books for Children and Biographies / Journals / Memories, where the growths exceeded 60-70 percent compared to 2018. Among the best-selling Romanian authors are Stelian Tanase, Petronela Rotar, Irina Binder and Ioana Chicet -Macoveiciuc on the Book segment for children.

We are pleased to find that this year the Romanians have even read more. This can be seen not only from the number of volumes sold, but also from the fact that the order average increased by 10 percent. Among the factors that influenced this trend we can highlight the dynamics of Romanian literature, and regarding us the increase of the available portfolio, where we reached 19,000 titles, said Laura Teposu, co-founder and development director of Libris.ro.

Most orders were registered in the first 9 months of the year in Bucharest, Timis, Cluj, Iasi and Brasov, and the number of sales on mobile exceeded 50 percent, an increase of 10 percent compared to 2018.

By the end of the year, Libris.ro estimates an increase of over 30 percent compared to 2018, an important engine being the Black Friday – Christmas period. Thus, this year, Libris.ro prepared for November 15 discounts up to 95 percent, for 24 hours, 99 percent of the products on the site.

”We have prepared for Black Friday a special book stock and we intend to ship all orders entered on November 15 in maximum 3 days. We estimate an increase of more than 30 percent in the number of orders, compared to last year, especially since the discounts will reach up to 95 percent for books in Romanian, and in the campaign we will include titles that are in the top of sales. We believe that among the most sought-after will be volumes from the beletristic category, children’s books and personal development,” Laura Teposu said.

And because Libris.ro wants a Black Friday as a book, in addition to the special stock of products, a special page has been created for users – https://www.libris.ro/lp/blackfriday, special servers have been allocated. so that the traffic is not difficult, regardless of the number of visitors, and the site will have dedicated technical assistance throughout the campaign.