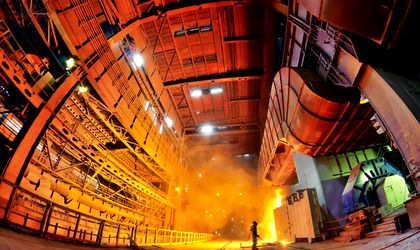 Liberty Steel completed in July the acquisition of seven major steelworks and five service centers across seven European countries from ArcelorMittal, including the steel plant located in Galati, eastern Romania.

The group paid EUR 740 million to ArcelorMittal for the plants located in the Czech Republic, Romania, North Macedonia, Italy and Belgium.

About half of the investment will go to the Galati plant in Romania, as growth prospects there are better than in other parts of Europe, according to Bolton.

GFG Alliance, a privately held conglomerate, recently announced that it plans to integrate most of the mining and engineering businesses under its Liberty House unit into a single global steel business with assets across the UK, Europe and Australia.

The consolidated business of GFG Alliance would include its UK steel and engineering assets, a steel plant and mines in Australia, and seven European plants it acquired from ArcelorMittal, including the steel plant in Galati, the largest in Romania.