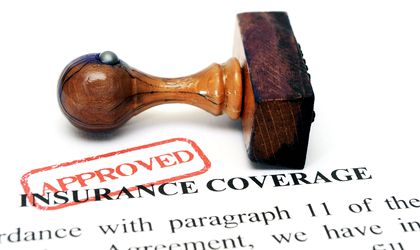 In Romania, almost 100 road accidents occur every day, according to official statistics. However, the data does not differentiate between actual car accidents and possible fraudulent reports. It is well known that in the field of motor insurance the identified fraud rate is pretty significant.

Thus, if in Europe the average fraud rate is between 5 and 10%, local experts claim that about 20% of the total damage claim files are „fixed” and can be easily investigated as fraud crimes. The triggers behind this type of fraud are numerous, either opportunities offered by the specifics of the motor insurance industry or a „closed circle” relational system in the subject filed of business.

Therefore, many field investigators have identified the fact that we are dealing with one of the most lucrative and profitable criminal activities, which can only be demonstrated through a laborious process of multidisciplinary forensic analysis and investigation. Interdiligence specialists have investigated and documented several illegal practices, one of the multiple projects solved being an excellent case study, detailed below.

The management of a major European insurance company noticed that in several cities in Romania the number of motor claim damages in the case of optional policies (CASCO) has increased significantly.

Due to a large number of damage claim files, as well as the suspicions regarding the involvement in fraudulent activities of some employees and local insurance agents, the management of the company requested the support of the investigation company Interdiligence.

Considering the specific nature of the industry, which leaves a great deal of freedom for the employees and has limitations regarding the inspection procedures on clients, the mission of the specialists was not announced as an easy one.

The first step taken by Interdiligence analysts was to create an electronic data room in which they indexed multiple documents and photos made available by the damaged insurance company. Additional documents obtained from open public sources were also indexed here.

Then, by using data analysis and filtering specialized software, Interdiligence analysts identified common elements that were found in many of the reports and photographs studied. The data analysis process was carried out with the support of a joint team consisting of a motor mechanic engineer, a car sales specialist, a car claim damages expert, and a lawyer.

Following the initial analysis, analysts designed investigative tasks for Interdiligence field operators. They were responsible for documenting the scenes and circumstances of road accidents and damage detection, the vehicles on which the damage was found, the persons and companies involved, as well as the relational system between all these elements.

Particular attention was paid to the investigation of the entire insurance and damage claim documentation process, starting from the issuance of the insurance policy, the risk inspection of the vehicle and continuing until the damage occurred, its finding and the ways of compensating the beneficiaries of the policies.

The clues led to big surprises

Multiple suspects were identified conducting a similar modus operandi. They were buying luxury second-hand vehicles from Western European countries and importing them in Romania. After having them imported, the cars were registered and then insured by optional policies, each time at prices higher than the purchase price.

Other individuals, part of the suspect criminal group, were driving the insured cars on the basis of proxies issued by the new owners and holders of the insurance policies. They damaged the cars during the night, in places where there were no witnesses, accusing the lack of visibility or avoiding obstacles. Subsequently to the crash, they would report the damage to certain claim offices where special relations with the damage claim inspectors were already in place.

Following a complex multidisciplinary investigation, duplicated by the detailed analysis of all data and information collected from multiple sources, the Interdiligence team was able to clearly identify the suspects, their modus operandi and the estimated damage caused to the insurance company. Both the information and the evidence collected from the field were made available to the insurance company that filed criminal complaints against the suspected fraudsters.

As a result of this investigation process, several elements that create vulnerabilities for the insurance organizations have been identified: lack of qualified personnel, lack of implementation of a clear mechanism to inspect and control the working procedures, flawed procedures of document and data management. All these items can easily be identified as real opportunities for those tempted to defraud.