What is the real impact of the recent amendments to land law on development renewables? 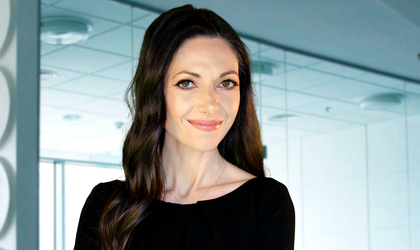 One of the hottest topics these days in the Romanian energy industry is the newly law adopted by the Romanian Parliament for amending the Land Law no. 18/1991. After an intense involvement by the energy associations, the long-waited law was finally adopted and currently awaits promulgation by Romanian president.

The declared purpose of the new law is to remove the regulatory barriers in development of E-RES projects by simplifying the permitting process. Although it indeed solves several legislative problems faced by developers, the new law generates certain issues and uncertainties.

In a nutshell, the amendments to the new law can be reduced to the following:

In order to grasp the real impact of these changes, it is useful to provide an overview of the current situation. 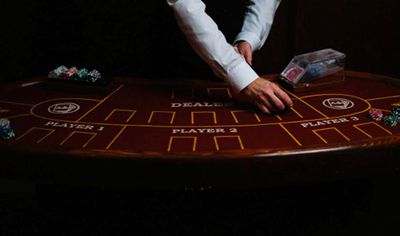 Construction works may be performed only on lands which are qualified as intra-murros and buildable lands. Although there are specific exceptions from this rule, none applies to E-RES projects.

However, most of the land in Romania which is suitable for E-RES projects is extra-murros agricultural land. Therefore, developing E-RES projects on these lands must follow a lengthy and costly process, consisting of the following main steps:

Following the global trend, the new law mainly paves the way for agrivoltaic projects and solves some of the permitting inconveniences faced by developers. The practical effects brought by the new law for the development of E-RES projects are summarized below.

In case of development of E-RES projects (PV, wind, biomass, bioliquid and biogas, storage capacities, transformer stations and other similar systems) on extra-murros agricultural land having the fertility class III, IV and V, there is no need to approve a PUZ for changing the land destination to intra-murros.

Instead, a special procedure for changing the land category from agricultural to buildable land should be conducted. However, such procedure is significantly shorter as compared to the PUZ, as the authorities should issue their approval within 45 days from the application date, or else the application is deemed tacitly approved.

An important question remains as to whether, following the new law, a PUZ is still required in the E-RES permitting process.

The reason for this question is that the purpose of the PUZ is two-fold (i) changing the land destination from extra-murros into intra-murros and (ii) setting out the urbanism parameters and functionality for the specific land compatible with the project. Even though the first purpose is clearly no longer necessary, questions remain as to whether a PUZ is still required for the second purpose.

The new law does not expressly provide the need for a PUZ, but only to change the land category to buildable and to obtain the building permit. However, according to the construction and urbanism regulations, the building permit may be issued only if there is an urbanism documentation approved for the respective land regulating the legal, technical and economical regime thereof and the envisaged constructions are compatible with such regime. Although there are specific types of construction works exempted, for which the building permit may be issued in the absence of an urbanism documentation, none applies to developing E-RES projects.

In general, PUGs regulate only the intra-murros area, not also the extra-murros therefore, no specific regime is set out for such lands. However, one could argue that the function of the extra-murros lands derives from the new law itself (industrial function), since it allows the development of E-RES projects on such lands. Under such an interpretation, the urbanism parameters set out in the local urbanism regulation part of the PUG would apply to these areas as well. If, however, a PUZ is still required by authorities (to regulate the area from an urbanistic perspective), in the end, the new law does not make a significant improvement to the E-RES projects timeline or complexity of permitting process.

In case a dual system is implemented (developing of E-RES projects and performing agricultural activities), the change of land category from agricultural to buildable will no longer apply to the entire land allocated to the E-RES project, but only to the specific portion of land which can no longer be used for agricultural purposes.

In case of PV projects, this is highly significant as a higher pillar structure allows for agricultural activities/animal grazing underneath the panels and hence, a much lower surface of land becomes affected. Therefore, the tax for changing the land category is substantially reduced in the case of these projects (although the unit tax per sqm remains unchanged).

The payment of the fee for changing the land category (which is currently due at PUZ stage) is postponed until the issuance of the building permit, which occurs late in the permitting process, when the feasibility of the project is a certainty.

Pastures have been highly unexploited for E-RES projects due to the harsh permitting requirements. More specifically, extra-murros pastures may be used for E-RES projects only if a corresponding portion of unproductive land equal to that affected by the project is improved. In practice, this requirement proves to be a deadlock since unproductive land is extremely hard to find while PV projects require a very high surface of land.

Although the new law does not remove such requirement, if dual purpose is implemented (E-RES projects and animal graving/feed production), the portion of land that will be affected by PV projects will be significantly lower and, therefore, the necessary surface of unproductive land will also be correspondingly reduced.

Despite its positive impact, the new law introduces important limitations.

The permission to develop E-RES projects on extra-murros land is granted only for lands not exceeding 50 ha.

This limitation may trigger high impact on the economics of the PV projects, since high connection costs may be commercially acceptable only in case of high project capacity, which requires big surface of land.

Perhaps in an effort to stimulate urgent deployment of E-RES projects, the effects of the new law apply only until December 31, 2026.

We estimate that, by this deadline, both the land category must be changed, and the building permit must be issued. The construction works may be, however, performed after this date.

Nevertheless, considering the global trend, the E-RES deployment should continue after 2026. Also, considering the limited capacity of the grid and the fact that the strengthening of the grid is a time-consuming activity, the development of E-RES projects will need to be staged.

The senators in Romania’s Parliament voted in favour of the law concerning visas...