VIDEO. Romanian shepherd sues EU alongside dozens of farmers: “There is no longer enough water for our cattle and sheep” 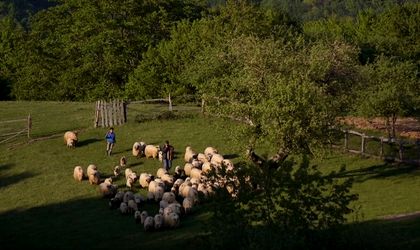 Romanian shepherd Petru Vlad is one of the plaintiffs I a wider litigation action initiated by dozens of farmers against the European Union on climate change.

Vlad says that the temperatures are increasing yearly and this puts at risk his livelihood.

“There is no longer enough water for our cattle and sheep. I have to take my cattle from 700m altitude to 1400m for decent grass to graze, but especially for water. But I cannot go any further up with our herds, because above 2000m there is only the sky,” said the Romanian, according to the People’s Climate Case website.

The shepherd is calling for European institutions to increase the EU’s 2030 climate target.

The 2030 climate and energy targets adopted by EU leaders:

In a lawsuit to the European General Court the families accuse the European Parliament and Council of the European Union of failing to adopt effective laws to adequately fight climate change. They want the EU institutions to recognize climate change as a real threat to human rights of people in Europe, and urgently act to protect our rights and those of the future generations. A petition backing this call has recorded 67,517 signatures to date.

The litigation case is initiated by 10 families from Portugal, Germany, France, Italy, Romania, Kenya, Fiji, and the Saami Youth Association Sáminuorra. The plaintiffs are accompanied by a broad range of NGOs, scientists and citizens.