Țuca Zbârcea & Asociații obtains a final ruling from the High Court of Cassation and Justice in a dispute concerning a fiscal debt of approximately EUR 1.9 million 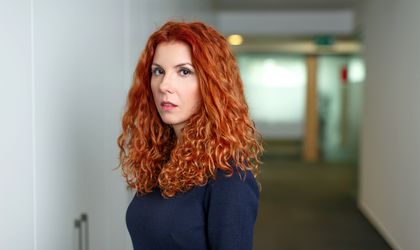 The fiscal dispute was born as a result of assessing, in 2016, a fiscal debt representing the difference between the down payment of which the company benefited for the supply of an electronic archiving system, on the one hand, and the price component deemed to be eligible, on the other hand. The company challenged the administrative fiscal deed given that the requirements for declaring an expense as non-eligible (having as consequence the application of corrective measures) were not met.

The Bucharest Court of Appeal, as court of first instance, ruled in favour of the company. The final appeal of the Ministry of Regional Development, Public Administration and European Funds was rejected on 2 December by the High Court of Cassation and Justice.

The case involved many concepts of reference for determining the eligibility of an amount representing contribution from non-repayable EU funds and co-financing from the State budget. The court of first instance made a detailed analysis on the arguments put forward by the plaintiff, concerning issues such as the concept of irregularity in this specific field, as well as the condition on the existence of damage, both of them applied to a multifaceted state of facts. The legal arguments of the case relied both on national and on EU law, the latter being presented from the perspective of The Court of Justice of the European Union (CJEU)’s interpretations. The conclusions of this analysis have been upheld by the High Court of Cassation and Justice.

In this dispute, the plaintiff was represented by a legal team coordinated by Ioana Gelepu (photo), Partner in the Litigation & Arbitration team of Țuca Zbârcea & Asociații. Oana Gavril, Managing Associate, was also a member of the team.

Țuca Zbârcea & Asociaţii has a leading practice in Dispute Resolution, the firm’s pre-eminence in this area being already acknowledged by renowned international publications, such as Chambers & Partners, Legal 500 and the Global Arbitration Review.

More so, the firm has recently received the “Law Firm of the Year in Romania for Dispute Resolution” Award by Benchmark Litigation Europe (a publication of Euromoney Legal Media Group), one the most coveted and prestigious international accolades for law firms specialising in litigation and arbitration.