The main Fiscal Code amendments made by the government last week 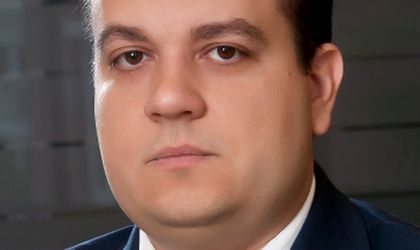 2019 started with a series of amendments in the tax field, changes that will enter into force throughout the year and will influence the activity of taxpayers in several ways. We highlight below the main changes brought by Law 30/2019, published in the Official Gazette on January 17.

A. Amendments to the Fiscal Code

 increase of the second deductibility threshold to 30 percent of the specific calculation base (i.e., the accounting profit adjusted with the elements specified in the Fiscal Code).

 introduction of provisions regarding the situation of a taxpayer who ceases to exist as a result of a merger / splitting operation and which has carried over the overpayment of the debt, as well as for the taxpayers who incur a loss. For the latter, expenses that fall within the EUR 1,000,000 threshold are deductible.

 in order for taxpayers to apply for the donation and sponsorship option, respectively private scholarships, the tax authorities will prepare the registry of non-profit entities/cult units, for which tax credits are allowed, which will be publicly available for consultation on the tax authority’s website. Sponsorships granted to non-profit entities not listed in this register are not eligible for tax credit.

 taxpayers (natural persons) can dispose of an amount representing up to 3.5 percent of the income tax, which they may choose to grant for the support of non-profit entities and cult units, respectively of granting private scholarships under the conditions of the law.

 specific provision is included in the legislation classifying revenues from digital currency transfers as income from other sources.

 the gain derived from transactions with digital currencies is not taxed (i) if it is below the level of RON 200/transaction and (ii) if the value of the total gain obtained within a fiscal year does not exceed the level of RON 600.

1. Adjustment of the taxable base

 the provisions covering the possibility to adjust the VAT taxable base for bad debts arising from the bankruptcy of the beneficiary or following the implementation of a reorganization plan are amended – in case of bankruptcy, the adjustment may be performed starting (i) with the date of the sentence, or, as the case may be, of (ii) the final court ruling through which the bankruptcy was decided.

 if the bankruptcy took place prior to 1 January 2019 and no final judgement was issued, the adjustment shall be made within a 5 years period, as of 1 January 2019.

 for the sale of real estate properties with an usable area of maximum 120 sqm (excluding household annexes) and with a value not exceeding RON 450,000 (VAT excluded), the reduced rate of 5% will be applied, regardless of the number of acquisitions made by the same individual.

IV. Excise duties
 details are included regarding the solutions that can be used by the authorized warehouse keeper/ importer, the registered consignee/consignor for creating the guarantees, namely:
o placing an amount of money at a unit of the State Treasury;
o through a guarantee letter/guarantee insurance policy issued under the terms of the law by a credit institution/insurance company registered in the European Union and the European Economic Area, authorized to operate on the territory of Romania, in favour of the territorial fiscal authority where the economic operator is registered as a taxpayer.

B. Amendments to the Fiscal Procedure Code

1. Ex-officio registration of taxpayers in the electronic communication system

 the tax authority will be able to register ex-officio taxpayers in the electronic communication system by means of remote transmission.

 for taxpayers registered ex-officio who did not access the electronic communication system within 15 days from the communication of the registration data, the tax authorities will communicate documents by publishing them at the headquarters of the competent tax authority and on its internet page.

2. Changes regarding the outstanding obligations

 a taxpayer is not considered to have outstanding tax liabilities if the corresponding amount is less than or equal to (a) the amount to be refunded/repaid for which a claim was submitted or (b) to the amount that the taxpayer has to collect from the tax authorities.

 a new provision is introduced, according to which enforcement procedure is suspended or does not start for the tax liabilities assessed through tax administrative acts challenged and guaranteed according to the provisions of the Fiscal Procedure Code, not only by means of a bank guarantee letter, but also when other guarantee means are in place, such as cash guarantee with the State Treasury, mortgage, pledged etc. The enforcement procedure continues or begins after the tax administrative acts have remained final in the administrative or legal appeal channels.

This article is written with the contribution of DLA Piper Romania Tax team and Tudor Nedelea (photo), Head of Tax Practice at the law firm.