Starting July 1st 2021, the technical unemployment will no longer be supported from the state budget 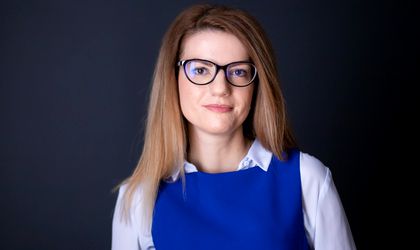 As of July 1st, the technical unemployment indemnities will no longer be reimbursed from the state budget and employers who wish to apply the technical unemployment measure must cover the indemnities from their own budgets, according to ONV LAW’s analysis. The facility has been successively extended since the pandemic outbreak and the last term which allows the economic environment the possibility to benefit from the budgetary state support is 30.06.2021, according to OUG 211/2020.

Thus, the general provisions of the Labor Code remain applicable, offering the employer the possibility to apply the technical unemployment measure, but the 75% indemnity of the base salary will have to be supported directly by the employer.

According to new ammendments brought by the 298/2020 Law at the end of last year, the Labor Code has yet generally regulated the technical unemployment regime for siege or emergency states on the Romanian territory. Thus, employees who are impacted by reduced or interrupted activity, with their individual labor contract being suspended can benefit from an indemnity paid from the unemployment ensurance budget, in the amount of 75% of the base salary according to their position, but not more than 75% of the gross average salary used in fundamenting the social ensurance budget, throught the entire period of a siege or emergency state.  Yet, the new law amendments do not include a new potential alert state, but only the siege or emergency state situation.

Also, employers have the possibility now, if their budgets allow, to supplement the indemnity covered by the state budget with amounts representing the difference up to minimum 75% of the base salary according to their work role.

„One particular amendment in the new Labor Code is the final paragraph of art. 531. According to it, employers can not dismiss those employees who benefitted from the technical unemployment for a period of time at least equal with the period for which they benefitted from this state budget support measure,” Lorena Ciobanu, Partner at ONV LAW explains.

The law also clarifies that the above mentioned dismissal interdiction is applied only to the jobs occupied by persons who underwent technical unemployment after the adoption of the 298/2020 Law, namely after 27.12.2020.

According to the public statements at the adoption of the 2021 state budget, the total technical unemployment amount covered from the state budget was estimated at 798 million RON for 2021. „We will keep monitoring the updates regarding the potential extensions of the support measures for the business environment,” ONV LAW specialist concludes.

Romania may attract at least EUR 2 billion foreign investments by the year...