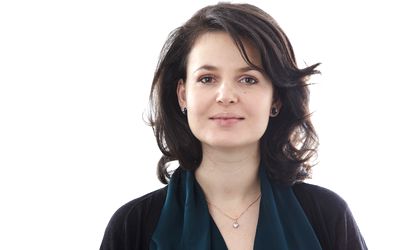 First deadline for connecting cash registers to ANAF’s servers was missed. Now what?

While Romania is seeing the greatest VAT collection deficit in the European Union (more than one third of VAT is missing from the state treasury), real-time tax reporting is more pressing than ever. VAT should be easy to collect since any taxation measure taken in this regard has an immediate effect, with a direct visible impact on the national budget. This is all the more important as one of the issues on the agenda these days is the urgent need of funding for incentives and programs to support businesses by the governments all over the world and particularly by the Government of Romania, which is coping with structural deficit and should also debate a strategy to discipline the market and strengthen VAT collection.

Electronic invoicing has been one of the main steps taken by Italy to decrease the gap between VAT charged and VAT collected. Furthermore, starting 1 January 2017, Italian VAT operators conducting retail and other similar transactions could choose either to electronically store or to submit data on a daily basis to the Revenue Agency through telematic cash registers.

Portugal also resorted to using the data in invoices, including hard-copy invoices, cash registers and POS systems to detect mismatches and identify the gap between VAT received and VAT declared in the invoices submitted by taxpayers to the taxation authority. This is one of the measures that helped reduce uncollected VAT in Portugal from 16% in 2012 to 10% in 2016.

In 2014, Belgium introduced in its regulations on certified cash registers a four-pronged approach to address fraud: a technical solution to secure the data (making any subsequent interference with the data detectable); certification of devices for security purposes; registration of all devices with the taxation authorities; and an on-site audit program.

In Russia, any taxable receipt can be checked in real time with a free mobile app. Checking involves scanning the QR code, which should be displayed on each receipt under the law. If data does not match, a report is automatically sent to the Russian taxation authority. Slovakia too employs a similar system, in which any mismatch can be reported to the taxation authority.

Several years apart and benefitting from some of the other countries’ experience, Poland took things to the next level and managed to decrease the VAT gap by one third thanks to a “stick and carrot” system, but also by introducing standard reporting files – the so-called SAF-T.

Of course, the various taxation authorities chose various solutions and various ways of engaging with the stakeholders. However, in most of the countries, adopting electronic cash registers or standard electronic reporting files (SAF-T) represented an important pillar for the strategy to discipline the market.

What is Romania’s status and what should it do?

In Romania, the revenue agency has been working for quite some time on implementing and connecting electronic cash registers, which would enable real-time reporting of retail sale data to the taxation authorities. Since the first deadline for connecting cash registers to the ANAF servers was missed – 30 September 2020 was the official cut-off date for the major taxpayers, the previously decided timeline is no longer valid. The Ministry of Finance has already announced its plan to suspend for a 3-month period the applicable fines for failure to comply with the obligation to connect cash registers to ANAF’s computer system.

This step is welcome for the business environment, if we think about the practical issues related to software development and testing, which should enable accurate data reporting. The three-month respite affords us the opportunity to suggest to the revenue agency a strategy that – as we have seen in other countries – should concern the proper interpretation of data to be collected in real time from taxpayers. For example, reviews should consider collected VAT data broken down by VAT rates and number of transactions. This way, the tax authorities shall be able to track down anomalies based on comparisons among the sales made by businesses operating in the same industry and having comparable transaction volumes, comparisons on the sales made by the same taxpayer over a certain timeframe or by matching the data in the EOD cash register report with the information in the VAT statements.

Also for quite some time, the revenue agency has announced its plans to introduce the standard electronic reporting file (SAF-T) in Romania, one of the measures intended to grant the tax authorities real-time access to the transactions made by the taxpayers and, inherently, to identify those that present high degrees of fraud risk. At the same time, in the medium and long run, SAF-T should simplify the tax audit proceedings both for ANAF and for the taxpayers.

On short term, we expect the transition to SAF-T to generate complex issues for the business environment. Companies should start thinking now about the technical matters related to adapting the IT solutions they currently use to provide the required data, as well as about how they shall relay that data to ANAF. We also recommend that companies review internally the way in which they identify their transactions from a taxation perspective in order to detect any possible errors in the tax treatment applied, which should obviously be corrected before being reported.

The Ministry of Finance officials have also recently announced their plans to implement electronic invoices with unique identifiers, which should start pan out sometime in early 2022 and which is another successfully tested measure in the EU by the Italian authorities.

The need to digitize the taxation procedures and the benefits of automation in the fight against VAT fraud are obvious. Solutions may be found among those already tested by other revenue agencies, with the main goal being to timely track own the anomalies generated by any possible failures to declare taxes. However, the same as in any reform, it takes time and diplomacy to implement efficient measures, as witnessed in other countries, where the actions taken were clearly communicated, the procedures were tested, and the trial period and implementation timeline were quite generous. For example, Russia needed three years to implement real-time scanning of taxable receipts. Poland is still experimenting – four years after introducing the reporting system – as the latest structure of SAF-T required to taxpayers starting 1 October 2020 has not been free of compliance challenges and problems.

To conclude, reform takes time and strategy, but more importantly close cooperation between authorities and the business environment, so as to enable successful development and implementation of efficient tools in the fight against tax evasion.