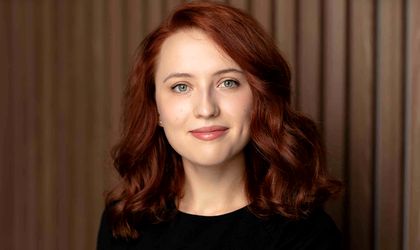 This March the Court of Justice of the European Union (“CJEU” or the “Court”) was invited by the Advocate General Szpunar[1] to rule on an already highly-debated and anticipated topic – the compatibility of the dispute settlement mechanism established by the Energy Charter Treaty (the “ECT”) with EU law.

Despite all these, on 2 September 2021, in its only second ever interpretation of the provisions of the ECT[2], the CJEU issued its ruling in Republic of Moldova v Komstroy (the “Komstroy Judgment”) concluding that the dispute settlement mechanism established by Article 26 of the ECT is not applicable to intra-EU disputes – that is, disputes between an investor from an EU Member State on one side and another EU Member State on the other side.

The Komstroy Judgment comes only 3 years after the intra-EU arbitration scene was shaken by CJEU’s controversial decision in Slovak Republic v Achmea BV (the “Achmea Judgment”) where the CJEU held that a dispute settlement clause contained in a Bilateral Investment Treaty (“BIT”) concluded between two Member States is incompatible with EU law.

The ECT and the provision in question

The ECT is a multilateral international agreement signed in December 1994, which came into force in April 1998 and is currently undergoing modernisation. Its signatories include most of the European Member States but also the European Union in itself – which led the CJEU to qualifying the ECT as an act of EU law[3].

The ECT’s aim was to create a multilateral framework for long-term cooperation in the energy field by focusing on a number of areas such as the protection of foreign investments, non-discriminatory conditions to ensure the reliable flow of energy across borders and the promotion of energy efficiency.

It contains a specific dispute resolution mechanism, which includes the possibility to resort to international arbitration and lies at the centre of the Komstroy Judgment – Article 26 of the ECT. The same provision is under scrutiny in the modernisation process of the ECT as the EU proposed to include a recourse to a multilateral investment court, as an alternative to international arbitration.[4]

The background of the dispute

As anticipated, the dispute has no obvious link to the European Union.

Energoalians initiated ad hoc arbitration proceedings under art. 26 of the ECT. Through an award issued in Paris in October 2013, an ad hoc arbitral tribunal retained jurisdiction to hear the dispute (with a dissenting opinion from the president of the arbitral tribunal) and ordered Moldova to pay a sum of money to Energoalians on the basis of the ECT.

The Paris Court of Appeal later set the award aside holding that Energoalians’ claim does not amount to an “investment” under the ECT and thus the arbitral tribunal had wrongly retained jurisdiction.

On appeal by Komstroy, which had become the successor in law of Energoalians, the Court of Cassation ordered a retrial by the Court of Appeal, finding that the latter had interpreted the concept of “investment” by adding a condition which was not provided for in the ECT.

Upon retrial, the Court of Appeal decided to stay the proceedings and refer the case to the CJEU for a preliminary ruling, raising three questions, none of which referred to the (in)compatibility between EU law and Article 26 of the ECT.

The question of the (in)compatibility between EU law and Article 26 of the ECT was firstly addressed by Advocate General Szpunar as part of his analysis of CJEU’s jurisdiction.

The Advocate General noted that in principle the CJEU has no jurisdiction to rule on the interpretation of an international agreement which is intended to apply outside the EU legal order – applied to the case at hand, this would have led the CJEU to decline jurisdiction.

The Court’s approach was slightly different. It went fairly quickly past the jurisdictional point by holding that (i) the ECT is an act of the EU institutions, (ii) the EU has an interest to uniformly interpret agreements which could apply both to EU and non-EU cases and (iii) by choosing a seat of arbitration on a territory of a Member State, EU law became directly applicable to the proceedings.

However, when addressing the first question on the interpretation of an “investment” under the ECT, the Court turned back to the question of jurisdiction by mentioning that “it cannot be inferred that the provision of the ECT also applies to a dispute between an operator from one Member state and another Member State”. The CJEU went on to hold that the reasoning from the Achmea Judgment regarding the incompatibility between BITs and EU law applies likewise to the provisions of the ECT.

The reasoning of the Court revolves around the autonomy of the EU legal system which could only be preserved within the judicial system established by the EU Treaties which has the built-in tools – such as the preliminary rulings of the CJEU – to ensure consistency and uniformity in the interpretation of EU law.

The Court noted that an arbitral tribunal constituted under Article 26 of the ECT would be required to interpret and even apply EU law – as the ECT in itself is qualified by the Court as an act of EU law – without having recourse to the specific tools of the EU legal system such as the possibility to refer questions to the CJEU for a preliminary ruling. In addition, the Court noted that the award of the arbitral tribunal would be subject to very limited review by the courts of the Member States – as the grounds for annulment of arbitral awards are limited.

The Komstroy Judgment answers a long-anticipated question and quashes, at least at first glance, the debate on whether the reasoning of the Achmea Judgment also applies to the ECT. Yet there is no doubt that it will give rise to at least as many debates as its predecessor on the fate of investment claims under the ECT.

On the short term, it will probably lead to lack of predictability, conflicting decisions and difficulties for investors attempting to enforce arbitral awards obtained under the ECT. It might also be another tile in the road to a future EU investment court.