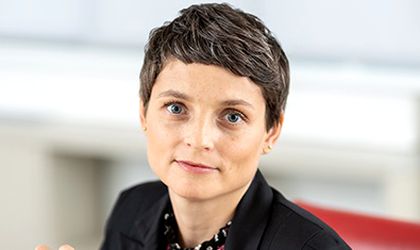 After more than 4-5 years from the initiation of the proposal made by the business environment and long discussions of the tax forums with the legislators, including at level of the Coalition for the Development of Romania, the fiscal consolidation in the field of corporate income tax was formalized by Law no. 296/2020 at the end of 2020.

It should be mentioned that in the field of VAT there are similar regulations since 2016, taxable persons established in Romania, legally independent, but closely related from a financial, economic and organizational point of view, having the possibility to choose to be treated as a single tax group for VAT purposes.

The legislative initiative on fiscal consolidation for corporate income tax completes the legislative framework as regards the regulation of certain aspects related to the operation of holding companies and aims to stimulate their creation and development, to increase foreign investment in Romania, to encourage domestic capital repatriation, to eliminate the competitive disadvantages of Romanian legal entities compared to groups established in states such as the Netherlands, Cyprus, Luxembourg, France, Germany, Ireland, Poland, Portugal, etc. and, in a word, to place Romania on the map of tax-friendly jurisdictions in Southeast Europe.

The decision to set up a tax group for corporate income tax or to enter and / or leave the group is subject to rules that we will mention below and might have long-term tax implications, so it must be thoroughly weighed and analyzed before implementation.

How does the Tax Group for Corporate Income Tax Work?

Consolidation is possible only for Romanian companies and companies headquartered in Romania established under European law, between which voting rights held or direct or indirect equity participations of at least 75% exist. The holding condition must be fulfilled for an uninterrupted period of 1 year, prior to the beginning of the tax consolidation period. The members of the group must be corporate income tax payers, which apply the same corporate income tax payment system, which have the same fiscal year and are not in dissolution or liquidation.

It is important to note that the tax losses recorded by a member of the group before the application of the tax consolidation system are recovered by that member only from its taxable profits and only after leaving the group, assuming that these losses have not expired.

Each member of the group has to submit to the competent tax control and separately and jointly be liable for the payment of the profit tax owed by the tax group for the period it belongs to that tax group.

If the membership conditions regarding the tax group are no longer met by a member of the tax group, before the expiry of the minimum period of 5 years, the latter shall calculate the corporate income tax individually, starting with the quarter following that in which at least one of the conditions is no longer met. For the period in which the consolidation system was applied, the group member recalculates the corporate income tax based on the individual tax results, levying ancillary tax liabilities (interest and default penalties), if applicable, established from the system application date until the end of the quarter in which the conditions are no longer met. The member leaving the group has the obligation to declare and pay corporate income tax.

Also, the responsible person recalculates the corporate income tax owed by the group levying ancillary tax liabilities established according to the Tax Procedure Code, as the case may be, from the system application date until the end of the quarter in which the conditions are no longer met and is obliged to submit the rectifying tax returns.

The provisions regarding the recalculation of the corporate income tax do not apply in the following situations:

The member leaving the group in the above situations is verified by the tax authority competent to carry out the tax inspection.

The main advantage in applying the tax consolidation system for corporate income tax is in terms of cash flows, as a result of the possibility of offsetting tax losses incurred by some members of the group against profits achieved by other members, which leads to the payment of a diminished corporate income tax at group level.

On the other hand, the legislator did not regulate the method of settlement of the corporate income tax paid, among the members of the group, so as to distribute among them the possible cash flow benefits generated by the consolidation.

The tax losses recorded by the members of the group before the period of application of the tax consolidation system cannot be recovered at group level, but only individually by each member, from their own profits and only after leaving the group. Given that tax losses can be recovered over a period of 7 years and the consolidation applies for a minimum of 5 years, it is possible that these tax losses cannot be recovered if the member does not achieve sufficient profit after leaving the group, to compensate for unexpired losses.

Another disadvantage is that of the tax consequences generated by the non-fulfilment (culpable, we would say) of the tax group membership conditions in the minimum period of tax consolidation, respectively the recalculation of the corporate income tax members level and the application of interest and default penalties.

Last but not least, the legislator unexpectedly chose to require the members of a tax group to include in the transfer pricing file prepared by them, transactions with affiliated persons, members of the same group. This requirement adds to the tax compliance costs incurred by the members of the group, while transactions between them, at least at group level, have a neutral effect.

Although we can identify at first glance some disadvantages in applying the tax consolidation system for corporate income tax, we believe that most are more administrative ones and the benefits generated in the area of cash flows prevail.

Also, the introduction of the concept of tax consolidation is an important step in modernizing local legislation, aiming at creating and developing Romanian holdings, increasing foreign investment in Romania and repatriation of domestic capital.