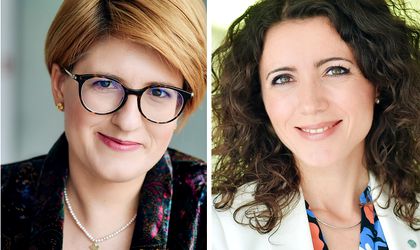 Structuring a real estate transaction involves reaching a balance between process and cost efficiency, on one hand, and safeguarding the interests of the parties and shielding them from potential risks, on the other. Whereas asset deals have the advantage of limiting the purchaser’s exposure to the transferred asset itself, when opting for a share deal, the purchaser may be impacted by the liabilities of the target company (both related to the real estate asset and its overall business). On the other hand, for the seller, share deals may be preferred, both on commercial grounds, like removing the need to liquidate the company, as well as due to potential tax advantages.

Therefore, most investors choose to engage in extensive legal, technical, fiscal and financial due diligence investigations prior to the implementation of the transaction. The findings of such investigations often have a substantial impact on the final structure of the deal. In particular, the due diligence can oftentimes reveal potential tax concerns which may materialize following a  fiscal inspection. As such, when acquiring real estate by means of a share deal, addressing potential tax matters (such as: undeclared tax liabilities, past VAT adjustments, deferred tax and so on) in the transaction documentation is essential for protecting the purchaser’s interests as well as for fencing the seller’s exposure and overall liability. Such may be achieved through either representations and warranties granted by the seller or by specific indemnification mechanisms dealing with specific risks identified during the due diligence investigations. Delineating between the two, as well as tailoring them to suit the specificities of the Romanian fiscal system may prove both challenging and highly technical, requiring careful drafting on the part of the consultants in a collaborative legal and tax advisory process.

However, should any of the parties have knowledge about potential fiscal or tax disruptions threatening the activity of the target company – i.e. buyer’s knowledge is generated by due diligence investigations, while the seller’s knowledge comes from its involvement in the company’s business like a diligent owner, representations and warranties may in fact prove useless for at least two reasons. Firstly, because the representations and warranties given by the seller would be false from the signing date of the deal), fact also known by the purchaser. Under Romanian law, it may be difficult to successfully receive indemnification for breach of a statement if the claimant party was aware of the breach or falsity of that representation from the very beginning, and nonetheless entered into the deal. Secondly, it has become increasingly common under real estate deals for the seller’s liability under the representations and warranties to be triggered only for matters not known to the purchaser (the much-debated notion of disclosure). As such, the knowledge of risks gained through the due diligence investigations could arguably exclude the seller’s liability.

In order to address such situation, specific indemnities should be drafted in the deal documentation. Whereas representations and warranties consist of general statements of facts ascertained by the seller, specific indemnities describe, as the title suggests, explicit risks, breaches, events or scenarios which could lead to the company being exposed to additional tax costs (e.g. non-arm’s length transactions with related parties, undeclared income, expenses made by the company on behalf of its shareholders etc.).

In addition to describing the specific risk, the indemnity clause usually provides: (i) the maximum value of prejudice to which the innocent party is entitled (capped amounts) – as a general rule, calculation of this value starts from a fair estimation of the principal plus penalties that may be requested by the fiscal authorities (until statute of limitation term expires) and (ii) the liability period throughout which the purchaser may raise claims under the specific indemnity; in the case of fiscal risks, purchasers rarely accept anything less than the statute of limitation term for fiscal obligations which, under Romanian law, typically is of 5 years calculated starting from the date when the obligation was due.

In order to give practical effect to the indemnification mechanisms described above (representations & warranties or specific indemnity clauses), a detailed claims procedure is generally inserted in the shares sale-purchase agreements. In a nutshell, the procedure is meant to ensure the parties’ cooperation in case (after the deal is closed and the company is controlled by the buyer) a fiscal liability becomes imminent (e.g. following a fiscal control). Also, the seller benefits from reasonable visibility and involvement in order to mitigate or prevent a fiscal loss. Moreover, an established principle in tax litigations is “pay first, argue later”, meaning that the fiscal liability imposed to the target company will be paid immediately and only thereafter it is subject to potential challenges. As a general rule, control over the challenge is granted to the party which commits to effectively bear the costs at such initial stage (i.e. the purchaser may allow the seller to coordinate and control the process if the company’s fiscal duties are paid by the seller in first instance, thus being up to the seller to make sure the company recovers the costs from the tax authorities).

To sum up, addressing fiscal risks in share deals requires as a first step the performance of thorough fiscal due diligence, followed by careful drafting of the representations and warranties so as to cover all or at least most areas of exposure of the target company, based on its activity and characteristics. For any known risks (either imminent or dormant), the most important aspects should be addressed in the form of specific indemnities. Finally, a detailed claims procedure should be agreed upon for any type of tax claims, which should be corroborated with the steps and deadlines established in Romanian tax procedures.