OPINION | A Crisis Is Coming Soon to a Court House Near You. Is it time to switch en-masse to International Arbitration? 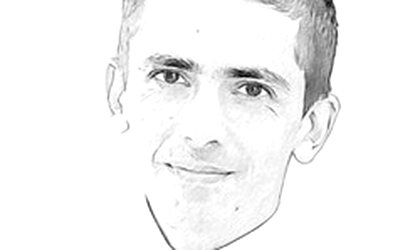 The global marketplace has seen better days. Much is being said, rightly, about the catastrophic disruption in supply chains and of the unprecedented consumer slump, but not enough about other barriers to the smooth running of global business, such as the ‘pausing’ of our access to justice.

It is now becoming clear that the COVID-19 pandemic will disrupt many, if not most, contracts. To give one example, as retailers cease paying rent, owners will have trouble servicing their lenders, and so forth all the way up the economic food chain.

While, arguably, lawyers will see in a boost in dispute work, courtrooms themselves are now facing closures, leaving ongoing disputes, as well as future claims, in no man’s land.

As of March 22, Courts in New York courts will only accept filings in matters considered “essential.” From 16 March French tribunals limit most contentious work. UK courts houses now conduct only urgent work while special rules are scrambled everywhere to allow for remote hearings. Romanian courts, already in dire straits before the crisis due to industrial strife, are now essentially running on fumes and postponing all hearings of their own motion. Even assuming, optimistically, the resumption of normal hours in two or three months, the inevitable backlog will by then have ensured significant disfunction in court operations for at least the remainder of 2020. If a contract is as good as the judgment one stands to receive for its breach, what do businesses really own, if their contracts carry no timely remedy in a court of law?

In recent weeks, public pressure has been building on governments to fork out trillions in bail-out and social welfare money. But can businesses help themselves in the meantime?

In this context, it is now time for businesses to take International Arbitration seriously. In fact, companies around the world and of all shapes and sizes should consider switching en-masse to commercial Arbitration, not merely as an ‘alternative’ to public justice, but as the primary means of resolving B2B disputes.

While Arbitration in consumer and regulatory areas remains controversial, the recent evolution of international arbitration in commercial contracts certainly argues for that switch.

First, the enforceability of commercial Arbitral awards is protected globally by one of the most successful multilateral treaties in UN history: the New York Convention of 1958. With 162 countries now signatory to that treaty, there is hardly any place in the world that will not predictably enforce arbitral awards. Not even highly pedigreed public court systems, such as New York or the UK, can match this.

Second, International Arbitration tribunals are more flexible than public courts. Arbitral Tribunal can ultimately decide what procedural rules to use in the circumstances. That allows them to weather out disruptions of all kinds, be it Brexit or viral pandemics. There is now also a growing cohort of reputable Arbitration Institutions in all major and emerging trading cities in the world. They maintain procedural rules, taking their cue from global practitioners and they support tribunals in running proceedings. There are institutions that provide chartered training to users and publish recognised professional best practices following global consultations. From the way the tribunal is appointed, to the actual conduct of proceedings, arbitration is undoubtedly a better fit for the diversity and sophistication of modern business disputes.

Not least, resorting to international arbitration may help unburden public courts, which can be left more readily and affordably available to individual or lower value disputes.

The impending economic crisis generated by the COVID-19 pandemic, will inevitably require dramatic public policy interventions. On the flip side, businesses can also do their part in removing barriers to trade, by seeking to disentangle their contracts from public court systems. They can do this not by asking for trillions in bail-out money, but by the simple fact of agreement.

The global International Arbitration community is ready for it.

Adrian Iordache is a Fellow of the Chartered Institute of Arbitrators in London and a New York, UK and Romanian qualified lawyer. He can be reached at adrian@consortium.legal.