Op-ed | George Trantea (Filip & Company): DAC 6 – a sort of ducks and hunters[1] game. Advice after the first round 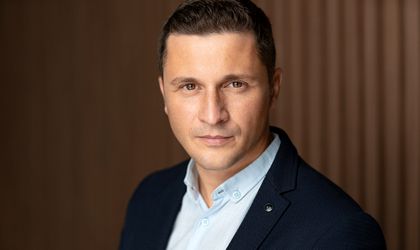 There is a popular Romanian saying that talks about bad counting: the four Evangelists were three: Luke and Matthew? It somehow suits DAC 6 being the fifth amendment of Directive 2011/16 on administrative cooperation. We can now say that the DAC game is on: we have official instructions from the national tax agency (available here) and the first round of reporting should have already been completed (on 30.01.2021).

But unlike the game of our childhood, when we preferred to play the duck, we all now have to be hunters under DAC 6. Which means we must hunt down and report cross-border arrangements so that the high-performance IT systems of all Member States could analyse, track and possibly even sanction such arrangements, when optimization resembles more an avoidance or, worse, evasion. Optimisation, avoidance and evasion are terms that have been causing headaches for many years. According to DAC 6, we are required to inform even our doctor about these side effects of cross-border arrangements for him to check if that  effect is really just a side effect.

As in the case of the GDPR – which allowed economic operators to prepare for two years for implementation – although DAC 6 came into force in 2018, it wasn’t until recently that it became a current topic, measures are being taken now, the relevant game instructions are being analysed and communicated now. Better late than never, but it wouldn’t have hurt if details had been communicated earlier: the issuance of instructions in January 2021, two weeks before the end of the first round, can’t help an entity identify cross-border arrangements carried out since June 2018 to date. Although there was plenty of time for it, the explanations came late and could justify delays.

As it is impossible to cover all the issues raised by the implementation of these provisions, here are some details that, in my opinion, may ease the hunters’ role (we will see who these hunters actually are): details about wild ducks and domestic ducks, the differences between them, and the penalties for their incorrect identification.

By reference to the reporting deadline, the first to have this obligation is the promoter intermediary, who creates the structure of the cross-border arrangement. The first reporting intermediary will also assign the arrangement the Identification Number, an identifier that can be used by all the other intermediaries and/or taxpayers to justify the non-performance of their own reporting obligations. Practically, if a hunter hit the RATA[2] (duck), the RATA (duck) is out of the game.

DAC6 applies to corporate and personal income taxes (in their various forms). It does not apply to value added tax, customs duties, excise duties or compulsory social security contributions payable to the state or to the social security institutions established under public law. There are other hunters for these.

An arrangement can be anything. A unilateral or bilateral act, payment, operation, agreement, transaction, decision, scheme or structure or combinations thereof, seen as a WHOLE. Any exteriorisation of a commercial decision that may have tax effects. The purchase of a book on tax optimisation by a company’s director is not an arrangement, but the Chief Financial Officer’s decision to adapt and implement the structures in the book constitutes an arrangement.

The cross-border nature is determined by reference to the effects it produces or to the residence of either party (taxpayer or intermediary). An arrangement that is carried out between two local companies through an intermediary outside the country will also be a cross-border arrangement.

Another important aspect emphasized in ANAF’s Guide is that the tax effect must be recognised. Although it may seem self-evident, this aspect involves the lack of an obligation to investigate and centralise information. If you are not aware of any possible reportable tax effects, you are not required to identify them. DAC6 is not intended to turn us all into tax specialists! It is aimed at gathering information from those in the know. Ignorance is bliss!

However, if you are involved in a cross-border arrangement and are aware of its relevant tax effects, it would be useful to check whether the specific hallmarks of DAC6 are involved.

Apart from the fines, the following question arises: Does ANAF have the right to request information regarding a cross-border arrangement that has been reported in another state? An Intermediary has the obligation to notify, but does it also have an obligation to provide information, if the arrangement has already been reported? The fiscal procedure code does not detail this aspect, art. 289 referring to ANAF’s general procedures for obtaining information. However, regardless of the form in which such information is requested, the Intermediary should be able to challenge the decision requesting it to provide such data, as ruled by the Court of Justice of the European Union in cases C-245/19 and C-246/19 on 6 October 2020.

In conclusion: stay calm, there may be more to follow – DAC7 is coming up (see the proposal here) and maybe even DAC8 (details here)

[1] Pun that associates the word DAC (sounding like the English duck) and the Romanian corresponding translation: rață. Rațele și vânătorii (that translates as ducks and hunters) is a  childhood game played in Romania, in which children are divided into ducks and hunters. Two children, who play the role of the hunters, are positioned each at one end of the playground, while the rest of the children, who are ducks, stay in the middle. Hunters are supposed to throw the ball at one another and hit ducks with the ball. When the ball touches a duck, the duck is out. Ducks must avoid being hit by the ball, without leaving the playground.