Op-ed | Class Actions in the UE – there is strength in numbers! 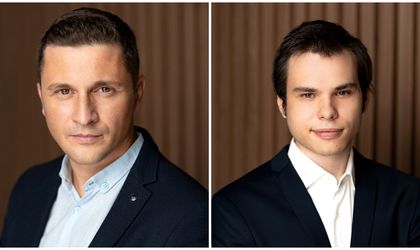 This article deals with the main elements introduced by Directive 1828/2020 on representative actions for the protection of the collective interests of consumers, the impact it has on various business areas, as well as the potential measures that could be taken by companies to limit the negative impact of class actions.

More specifically, by this directive, the European Union creates a framework in which consumers from any Member State who have complaints concerning the same business practice or action of the company can file claims in a single dispute, the solution of which can be easily enforced anywhere in the EU.

Damage caused by a European product, service or practice may be claimed in representative disputes, anywhere in the EU.

Which areas are concerned?

Who can bring class actions?

The directive stipulates the establishment of non-profit “qualified entities” by each Member State, that can represent consumers in collective consumer protection disputes. Such entities may also be created on an ad hoc basis for a specific dispute, in compliance with certain criteria.

Ad hoc entities may only act in domestic disputes. For instance, in order to challenge a clause applied in Romania by a financial entity in its contracts, an association can be set up and, if it obtains state recognition, it can initiate a class action to invalidate such clause.

What kind of claims can be brought?

Representative entities may request the following in court:

The defendant is required to inform, at its expense, the concerned consumers of the final decisions on the above-mentioned measures.

What does the cross-border effect imply?

How do consumers express their consent to be represented?

The Directive allows States to put in place the so-called “opt-out” mechanism for disputes having as object measures to cease the unfair practice. Thus, the consumer does not have to give his/her consent to be represented but can explicitly express his/her wish not to be represented. The “opt-in” mechanism (the consumer must express his/her consent to intervene in the proceedings as a claimant) remains in cases where the consumer is from a Member State other than that in which the dispute takes place.

How are claims supported?

What is the regime of class actions funding?

The Directive expressly regulates the increasingly common situation of the “third party funding” provided by specialised investment funds or banks that rely on winning the disputes to recover their investment. Therefore, several rules are established to eliminate the possibility of a conflict of interest between the funding provider and the parties to the lawsuit. The funding provider is thus prohibited from influencing the qualified entity, including with respect to the judicial/administrative settlements, but also from funding actions against a company competing with or dependant on the funding provider. The courts may also censor the participation of the funding entities.

Most European jurisdictions are unfamiliar with the idea of class actions in the field of consumer protection. Although known for its protectionism, France has only recently (after 2014) implemented mechanisms to allow such actions. Only 14 such actions have been brought in France since 2014, the French courts giving a restrictive interpretation of the possibility of bringing class actions. In Germany, a law in favour of class actions entered into force in 2018, with relevant case law already being established. In June 2020, Volkswagen AG settled a dispute worth 750 million Euros, in connection with the well-known Dieselgate.

In the case of personal data protection, it should be noted that Regulation 679/2016 – GDPR – imposed on the States the obligation to establish a class action mechanism for the protection of the rights regulated therein. According to the recent case law in the field of GDPR, it seems that class actions can be more easily supported in the case of the “opt-out” actions in which consumers claim compensation for data loss.

What measures can companies take?

In this context, companies risk an increase in the number and severity of the disputes against them. Under the shelter provided by representative entities, consumers can now more easily initiate lawsuits to obtain cessation of practices or compensation.

Companies will first need to review and streamline the processes for analysing and verifying the consumers’ complaints, so that most disputes can be settled amicably prior to the initiation of a dispute, and dangerous practices that may affect hundreds or thousands of consumers in several jurisdictions can be ended before they result in significant harm. At the same time, companies will have to make early provision for the disputes initiated by the representative entities, given that, in an opt-out system, the number of applicants may be very high.

The greatest vulnerability is represented by the unfair practices that generate a situation of continuous infringement of the legislation, giving rise to a right to action accruing to all affected consumers. Therefore, it will be very important to implement mechanisms to identify and prevent these practices.

The new directive encourages class actions, even if the mechanism in place is more restrictive than that in the United States. The cross-border effect of these disputes, as well as the novel regulation of the assumptions of class actions funding providers and of the opt-out mechanism are of great importance. The companies need to implement effective prevention mechanisms, both in terms of product quality and content of contracts, as well as in terms of dealing with customer complaints.

The States must implement the Directive by 25 December 2021 and the new legislation will apply from 25 June 2023. If the States fail to comply with this deadline, certain provisions of the Directive may apply directly, since the consumers may invoke them in conjunction with the existing national rules.