ONV Law Analysis: The new Emergency Ordinance 117 of the Labor Code can blow up the local business environment, by unbalancing the labor market 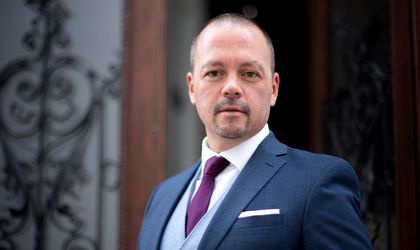 The new Emergency Ordinance (GEO) no. 117 of October 4th, which will enter into force starting October 20th, sets fines from 5.000 lei to 10.000 lei for each employee whose employer delayed his salary payment for more than one month and this measure can significantly unbalance the labor market (in the current context, in which there is an acute pressure on the labor force in the market) and it can encourage a wave of insolvencies and bankruptcies in the business environment, points out ONV LAW.

Thus, the new GEO 117 / 4.10.2021 for the amendment and completion of Law no. 53/2003 – Labor Code, issued by the Romanian Government and published in the Official Gazette no. 951 / 5.10.2021, establishes at point 7 that “the violation by the employer of the obligation provided in art. 166 paragraph (1) by more than one month, from the date of payment of the salary, established in the individual labor contract, in the applicable collective labor contract or in the internal regulation, as the case may be, with a fine from 5.000 lei to 10.000 lei for each person whose salary was not paid, except for the situation in which the employer is under the incidence of Law no. 85/2014 on insolvency prevention and insolvency procedures, with subsequent amendments and completions.”

“The current measure can trigger a wave of negative effects on the economy, among the most important being the fact that this tool can easily be misused in the relationship between employees and employers, as a pressure tool, increasing the current imbalances in the local market and it can encourage a massive wave of insolvencies and bankruptcies in the business environment,” states Mihai Voicu, ONV LAW Partner and coordinator of the Business Law division within the law firm.

Among the most important issues reported by ONV LAW specialists regarding the way in which the new GEO is formulated, which will enter into force on October 20 (!):

In conclusion, this provision will have a boomerang effect and will further polarize the interests of employees and employers, without giving chances for cooperation between the two parties or between the authorities and the economic actors. ONV LAW specialists also highlight that the reasoning formulated in the preamble of the provision is abusive, undemocratic according to the Romanian Constitution, replacing the natural path of justice with a sanctioning instrument offered to employees (a social, populist instrument). Thus, the text of the preamble stipulates:

“Given the existence of a difficult socio-economic situation generated by the pandemic that was deeply felt by both employers and employees, the legal mechanism currently regulated in the Labor Code regarding non-payment or late payment of wages is a complex and difficult which involves the promotion of lawsuits, so it is necessary to create a regulation to ensure the social protection of employees in accordance with the principles governing labor relations.”

“Nevertheless, the state puts once again more pressure on private employers, but relaxes the pressure on public employers. At this moment, there is the possibility of staggering the salary payments for 5 years in the case of civil servants. Basically, in the case of the authorities, the payment of the delayed salaries can be made within a period of 5 years, while private companies have only 30 days at their disposal or they bear a very harsh sanction,” the law firm representative concludes.

In the opinion of ONV LAW specialists, a detailed analysis of this provision in the Parliament is mandatory, before approval. Non-payment must be circumscribed, so that no automatic sanctions apply, which are unrealistic versus the way the business environment works in practice. There are certain models in the legislation that can be used as an example to circumscribe the measure.

The correct and democratic decision, in the opinion of the ONV LAW specialists, for removing the imbalance created by the new GEO, would be for the Parliament to reject the text from article 260, paragraph 1, letter s..