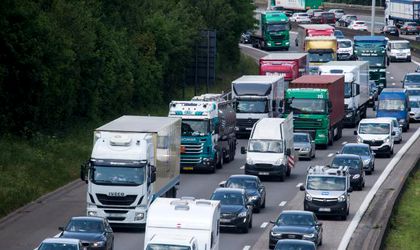 The Romanian government has approved a memorandum on the creation of a state aid scheme designed to support road transport companies. The memorandum proposed by the Ministry of Public Finance.

The draft memorandum relates to the establishment of a state aid scheme that provides support for economic operators who carry out road freight transport for their own benefit or for other persons and for the transport of persons, regularly or occasionally, excluding local public transport.

The state aid scheme will refund the amounts representing the difference between the standard rate of excise duty and the differentiated excise duty rate for diesel oil used as fuel for the engine, from the state budget, on the basis of decisions approving the application for the refund of the excise duty. The total estimated total budget of the scheme is RON 60 million, with the possibility of supplementing it. The total estimated number of beneficiaries over the entire duration of the state aid scheme is 1,500.

The decisions approving the applications for the refund of the excise duty will be issued between 2018-2020 and the period during which the state aid payments will be made is 2018-2020.

Eligible costs consist of amounts representing the difference between the standard rate of excise duty and the differentiated excise duty rate provided by the Fiscal Code for diesel fuel.

The conditions and procedure for granting state aid to economic operators performing road transport will be determined next week by a government decision.

REI successfully brokered a state aid for a factory worth more than EUR...