Minister Teodorovici: The Court of Accounts will check how public acquisitions contracts were awarded

The Court of Accounts will check the way in which the public acquisition contracts have been approved, said the minister of finance, Eugen Teodorovici.

The minister said that at present there are delays in the evaluation and selection of winners in public tender procedures.

“Unfortunately, there is an inconsistency regarding the decision taken at the level of the National Council for Solving Appeal,” said Teodorovici. He went on to say that the electronic system for public acquisitions has presented blockages.

Amendments to the public acquisitions law will be approved in the government meetings from May 24 and next week. One of the major changes is that the Court of Accounts will check how the contracts were granted.

“Already, the Court of Accounts checks the way in which public expenditures are made, so it’s logical and normal at that moment to also check the way in which a contract was awarded,” said the minister. 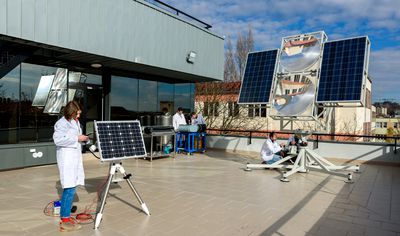 In addition, the government wants to change the law so that in the case contract, the acquisitions procedure for part of a work that is challenged in court will not be resumed. He said there are emergency situations when swift intervention is required.

“Then we can issue orders to start works to stop a disaster, to repair a road on which the lives of Romanians depend and in parallel to have the procedure to award the contract. (…) In addition, it’s a bad practice to communicate on each stage in the acquisitions procedure the result of that stage. This made every time the interested companies only to challenge this delay, to make appeals. To eliminate this situation that generated months of delays, the result of the award of the contract will be communicated at its end,” said Teodorovici.

Companies that challenge a public tender will also have to provide a deposit as guarantee.

“The bail is set at 2 percent of the estimated value of the contract, but in the interval of RON 35,000 and RON 800,000. In addition, when the challenge is made in court, it will be a 2 percent of the contact’s estimated value of RON 100 million and 1 percent for the contracts over 1 percent,” said Teodorovici adding that the government discussed with the European Commission about this change.

Naguma Medical Supply continues to deliver medical masks to be distributed free of...