Minister of finance: Companies with debts under RON 10,000 to be allowed in public acquisitions tenders

The minister of finance, Eugen Teodorovici, says that companies with debts to the state budget amounting to less than RON 10,000 (around EUR 2,100) will be accepted in tenders for public acquisitions contracts.

The change is included in an Emergency Government Decision (OUG) that amends the public acquisitions legislation. Under the updated version, the debt limit for companies that can submit bids to get public contracts will be hiked from RON 4,000 to RON 10,000.

Teodorovici said the amendments will provide a helping hand especially for Romanian firms that had debts to the budget and couldn’t take part in these tenders.

The minister went on to say that the tender procedures with amounts under the EU Directives will use the „lowest price” criteria.

„For the acquisition of products and services over RON 648,288 and works over RON 24,977 million we will use as criteria the best quality price ratio and the best quality cost ratio. Under these thresholds, the lowest price criteria can be used,” said the minister.

Another change proposed to the public acquisitions law refers to the right of contracting authorities to carry out a contract while organizing the acquisitions procedure, in the case of emergency situations. This means that a contractor will be assigned to work on a project, while the public institution organizes the tender procedure in crisis situations such as flooding, heavy snow falls. 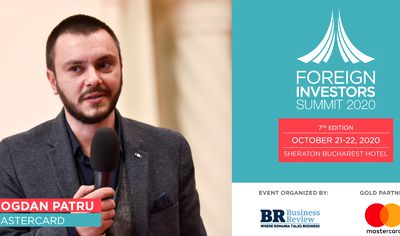 The authorities also want to enforce a bail of 2 percent of the contract’s value, but not more than RON 880,000, for companies that challenge the result of a tender at the National Council for Solving Appeals (CNSC). Those that issue an appeal will have to pay 2 percent of the estimated value of the contract, for amounts up to RON 100 million, and RON 2 million plus 1 percent for contracts over RON 100 million. The minister said this move was needed to discourage unjustified appeals in the award of public contracts.

Teodorovici added that the steps for evaluating offers will be cut to four, and the guarantee for good execution through insurance policy will be scrapped from the requirements. However, the insurance policy for participation guarantee remains in place.

The Annual Acquisitions Strategy will be eliminated for authorities with investment budgets under RON 125 million.

Teodorovici said the changes to the public acquisitions legislation have been approved by officials from the European Commission, the executive arm of the EU.