Michael Huertas (Partner, Dentons) at MindChain: “No matter how innovative, businesses should not run away from regulation because it will catch up with them” 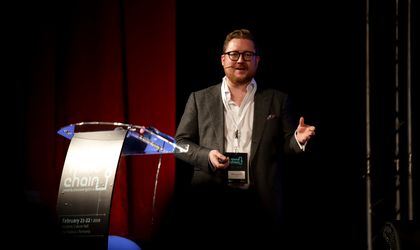 Financial regulators have better tools in 2019 compared to 2008 to face a world crisis. But it’s very important for the traditional and new financial institutions to work together in order to prevent a fallout. No matter how innovative, businesses should not run away from regulation because it will catch up with them at some point, says Michael Huertas, Partner at Dentons, about the new financial business models. During an interview for Business Review, he also explained how regulation has broken into the borders of fiscal paradises.

How should regulators approach this new era of technology?

One of the key changes that we have seen over the past two years is that supervisors are actually saying: We need to do something about regulating Blockchain. And there are two ways of doing that: You can either create something specific to the Blockchain and that means taking the existing building blocks that you have in financial regulation and amending them to fit Blockchain. Or the other option is: let’s actually take what we have and expand it for new business models to fit in the existing framework. Basically it means that for those firms that are affected it means thinking about do I actually want to go down that route and bring my product or my APIs into the current regulated environment or do I need to rethink how to launch with the risks that you have when you are outside the financial regulatory perimeter. But keep in mind that the financial regulatory perimeter is growing and at some point you we will back in. So what we advise clients to do is to perform a gap analysis, usually with lawyers and accountants, and think about the business model now but also think about where will it be in five years. In that scenario one can actually use the regulatory building blocks as a tool to scale their own business. Because if you do that you are able to actually get the certainty that investors and consumers, users of your service want.

And what’s your general advice: to build a business inside the regulatory perimeter from the start, or to postpone it until the institutions release regulations for your innovative business?

There are two certain things: taxes and regulation. If you are inside the regulatory perimeter you are able to help shape the debate of innovation. So one of the key changes that has occurred over the last two years is the use of regulatory sandboxes, so having that safe space where the regulator can monitor what you are doing, and have a dialog between you, the entrepreneur and the supervisor and say: this is what I would like to do, these are the issues I have as a business, including with regulation and that’s what I would like to discuss about how we can add value to clients and end-users is key. At the end of the day, regulation is not there to exclude businesses coming in if they are able to develop and provide a valuable service to clients. If you are not providing a valuable service to clients, it’s questionable whether you should be in that space or not. That’s why regulation keeps those guys on the outside.

But when you are inside the space you are able to shape the debate. And I think now, with the growth of sandboxes as a regulatory tool, one that started in the UK, with the FCA’s sandbox program, a number of EU and global jurisdictions are adopting the same approach. There is a lot of opportunity for innovation to meet with regulators and at the EU level there is appetite for that development to gather pace.

Does regulation cut into the innovative potential of some new technologies?

I think certain technologies are better understood by some supervisors then others. There is however a need to look at, regardless of what the technology is, what the actual business proposition is. The supervisors are playing catch up, they are understanding the difference between a security token, a utility token, a crypto currency, a payment token. In payments, for example, the advances in using Ripple or other crypto currencies for exchange transfers are very well understood. Also the use of digital wallets is exceptionally well understood. For crypto trading the proposition and risks are also very well understood because we have very good regulatory principles in Europe and it’s very easy to have that discussion with supervisors. For other more exotic proof of concepts the learning curve and need for dialogue is still there.

Would a more comprehensive regulation on the crypto trade market reduce the speculative risks?

Crypto asset volatility is a concern for supervisors, not so much because of financial stability, but because of consumer protection. And the way supervisors are approaching that is they are saying that if you are a crypto asset exchange there are certain standards that are applicable to you much as would be as you were trading traditional financial instruments. There is an expectation for service providers to comply especially as new rules come into force.  If you look at national legislation in Malta, for example, they have already gone a step forward and the European regulatory aspect is playing catch up, but there is a known direction of what the “end state” of regulating blockchain and crypto assets ought to look like. Where there is a problem with volatility there is effectively a problem in liquidity and transparency. In order to resolve that the supervisors are encouraging greater dialog for atomic swaps and margin landings. We are in the position where large volatile swings need liquidity providers. Bridging that gap is something where regulation can provide the framework but it needs a very trusted supervised actors to step in as dealers.

There is some kind of generation war between fintech and the traditional financial system. How do regulation negotiations work in finding a middle ground?

Historically there may have been the divide, especially where some banks, and their supervisors, may have been worried about the  disruption risks from fintech. But if you look at recent studies on a global level, the rate of disruption in certain areas improves how traditional financial services act and engage with customers. That partnership is growing. We don’t however have, as of yet, a full picture of the risks of a fallout from fintech or blockchain. And I think both sides should work together to reduce the fallout. Because if you look at scenarios, where say an exchange loses a password and cannot pay out hundreds of million worth of dollars that’s an operational risk. Also, how one reduces the hack ability of smart contracts or improves the  interoperability between blockchains is important. Those are known risks with known paths to finding a workable solution for all stakeholders. Getting there needs all  sides to get around the table. In 2019 to 2025 we will probably see a lot of empowered business models where it’s a lot more collaborative.

In 2008 the traditional financial system had enormous fail, that caused a world financial crisis. Was it because of lack of regulation?

Regulation is never perfect. It can’t prevent competing interests, or fully eliminate that conflicts of interest within the actors arise even if it can set principles on how to identify, mitigate and manage them. The toolbox that we had in 2008 and the toolbox that we have now in 2019 are different. For sure the one we have now is stronger. If it were to come to a next financial downfall, and corrections can be cyclical, the supervisors are in a better position than they have been before. But it’s not perfect, and with every crisis comes opportunity. It’s also a matter of compliance with institutions that is also getting better. So the financial providers have learned the lessons. The new disruptions entering the frame, the concern from the traditional institutions is that these new companies think that they don’t need to be regulated, those false truths professed by some tech disruptors need to change in order to prevent a future problem driven by tech cascading across certain parts of markets. Then there are still very serious tech failings, including for traditional financial services providers. The fact that a bank’s ATMs don’t work anymore is a tech fail with a very real impact for customers. Those risks are now firmly part of supervisory priorities in the EU at all relevant supervisory levels.

One thing that however remains the same even if the supervisors’ tools have been strengthened is that regulation cannot, and perhaps should not, eliminate investment risk or the real need of investors to take greater ownership of their decisions. That also applies to crypto. Looking to the past, certain banks may have behaved badly and others didn’t in the last crisis. But regardless of which cycle you are in the regulatory development you always have bad actors. The process of supervision and regulation is to identify the bad actors and making sure that if they cause problems, including because of their own doing, they are isolated and the market is safe. That’s the basic principle of financial regulation.

Does regulation stay outside the borders of fiscal paradises?

Five or ten years back the story was different. Now, there is a degree of understanding that we are moving away from excessive use of regulatory fragmentation between jurisdictions.  Global regulatory alignment is harmonizing the regulatory perimeter also for those jurisdictions that used to be known as “fiscal paradises”. Some of this change comes from within those jurisdictions looking to ensure that they can be compliant with requirements set at the global level but also to demonstrate that their financial center can put past questions to rest.  If you were the Finance ministry in one of those jurisdictions and if you want to continue to have a healthy financial sector in your local economy than it’s your own obligation to clean that up. If you look at for example at countries that had such problems in the past, you can see that policymakers in those jurisdiction have been taking actions with or without the international institutions help to improve in order to remain competitive.