Key aspects regarding IP legislation that entrepreneurs should take into account 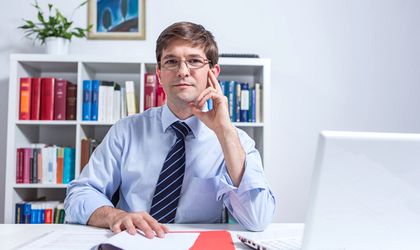 The enthusiasm of starting a business is contagious, especially when the business idea has been prepared for a long time. But whatever the chances for success would be, at the beginning of every business do not forget a key stage: the strategy for defending the intellectual property rights, according to representatives of Cosmovici Intellectual Property.

An idea might be a brand. And the brand must be preceded by a trademark. Unless the trademark belongs to you, your brand may become the trademark of a competitor. Here is a list of measures that people starting a business should carefully plan in relation to intellectual property.

The first step in building a strategy for defending intellectual property rights refers to the identification of the elements that may constitute intellectual property assets, the name and the logo of a company, which must be registered as a trademark, preferably before the official launch of the business.

”If you have a specific design for your retail store, it is appropriate to protect it by means of a drawing. It is also important to keep in mind that the recent practice of a CJEU (the Court of Justice of the European Union) accepted the registration of the design of Apple stores as a tridimensional trademark, which offers its holders additional protection”, declared Paul Cosmovici, Managing Partner, Cosmovici Intellectual Property, a Swiss intelectual property consultancy

It is important that, from the very beginning, you consider the markets where you will be active. After you filed a national trademark in Romania, you may also obtain protection in other countries, by an application managed by the World Intellectual Property Organization (WIPO). Practically, the national (Romanian) trademark may be designated at world level, in the countries of concern. Once the examination procedure completed in each of these countries, you will finally have a national trademark for every designation you have made. It is essential to establish the countries of interest from the very beginning, as any subsequent applications/designations generate much higher costs than the initial designations by WIPO.

Determination of the need to protect the slogan

Although the registration of a slogan is, in general, recommended, and in particular if it accompanies a less distinctive trademark, however there are situations where the registration of a trademark without a slogan is preferable. For example, if the slogan contains elements for which exclusive protection cannot be requested and obtained (e.g. Legume din Moldova / Vegetables from Moldova, Apă termală Herculane / Herculane Spring Water), it is appropriate that the trademark should be registered per se (without a slogan) in order to benefit from effective protection in the event of counterfeiting.

Use the trademark after registration

However, the registration of certain trademarks should not be regarded as a terminus of the intellectual property protection. On the contrary, this is just a start. Once registered, a trademark should be used. Otherwise, after 5 years you will face the risk that an interested person would claim the non-use of the trademark and you will lose the rights over it.

As stated above, the registration of the trademark is not the last step of your strategy for defending the intellectual property rights. Even after the whole registration process is completed, it is appropriate to employ a monitoring service that can inform you, in real time, if a trademark similar to yours is filed anywhere else in the world. The usefulness of such a service consists in the fact that you may file an opposition to prevent the other trademark – which could very easily be confused with your own – from being accepted. Generally, the trademark registration offices in Europe and beyond, do not inform the trademark holders if other trademarks, similar to theirs, are filed.

Develop a contract for copyright assignment

If your business involves the development of certain software, applications, web pages web etc., it is essential to conclude a copyright assignment contract with their author, in order to delimitate, from the very beginning, the rights you will acquire over the works so created and to avoid any possible conflicts arising from any subsequent claims that software developers could have in the absence of such contract.

Furthermore, an aspect which is often neglected, but its importance can prove to be utmost, is the conclusion of a confidentiality agreement both with software developers and the potential contractual partners, before starting any negotiation. Very often, these agreements are neglected, based on the presumed good faith of the other party. Far from being an offence against the negotiation partner, the conclusion of such an agreement is however a guarantee that nothing from the elements discussed between the parties goes beyond the negotiation framework.

Advertising is an essential aspect in the development of every business, but greater attention should be paid to the contracts concluded with the models featuring in advertisements. A successful advertisement will be used for a long period. In some cases, the models may claim a substantial increase of their remuneration if the advertisement has had a significant success and if the company refuses to pay such increased amount, in the absence of a solid contract it may find itself unable to further use the respective advertisement. Therefore, it is appropriate to ”freeze” the value of the contract from the very beginning, i.e. to specify that if the contractual period is extended after the initial length agreed by contract, the contract value cannot increase, for example, by more than 10% of the initial value.