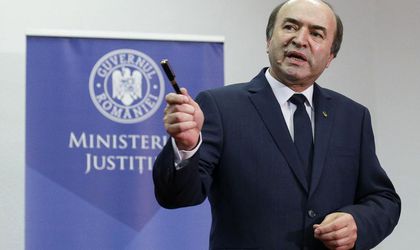 Justice minister Tudorel Toader said this morning that the extradition procedure for Elena Udrea, who was detained last night in Costa Rica along with Alina Bica, will follow the regular legal steps, noting that how famous the convicted person in question is doesn’t make a difference for him.

“Let’s not make a national character out of the person you’re speaking about. The procedure will follow the legal steps. Elena Udrea is not a special subject for me. (…) Why don’t you look at other convicted criminals abroad, who follow the same procedure. It doesn’t make a difference to me,” the minister told journalists.

In June, Toader had said that extradition is possible even without a bilateral treaty with Costa Rica and that the Ministry will send a request. Later that month, he said that his obligations in the extradition procedure have been fulfilled.