In the first part of 2022, Wolf Theiss continues its Bucharest office expansion with new hires 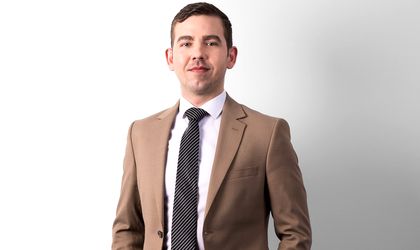 Bogdan Lamatic has joined Wolf Theiss in May 2022 as a Senior Associate in theInvestigations, Crisis Response & Compliance practice. He has over 15 years of experience as a lawyer, representing a wide range of clients in the areas of investigations and related disputes (including commercial and white collar-crime investigations), corporate investigations, compliance and related legal matters. Bogdan is ranked as Next Generation Partner in Legal 500, 2021 edition, for White-Collar Crime and Rising Star in the 2020 edition of the same legal directory. Bogdan is coming from Enache Pîrtea şi Asociaţii, where he was Partner for two years. Previously, he worked for Muşat şi Asociaţii, between 2013-2020, as Senior Associate and then Managing Associate, where he advised numerous clients on locally and internationally sensitive matters and investigations. Bogdan graduated from the “Nicolae Titulescu” University, Bucharest, Faculty of Law in 2006 and holds a Post-graduate Diploma in Criminal Law from the same university (2015 promotion). He was admitted to the Bucharest Bar in 2007.

Olimpia Farcaş has joined Wolf Theiss earlier this year as Associate in the Investigations, Crisis Response & Compliance practice. Previously, Olimpia was a Senior Associate with Bancila Diaconu şi Asociatii (a member firm of Ernst & Young Global Ltd) and before that she was an Associate with Piperea si Asociatii. She specialises in investigations and related commercial law litigation, insolvency, administrative and tax litigation, corporate law and consumer protection. She has advised clients in drafting legal opinions, as well as assisting and representing them in negotiations and before administrative authorities at all levels of jurisdiction, at all stages, including the enforcement of court decisions. Olimpia graduated from the Faculty of Law, University of Bucharest and has a Master in Tax Law from the same university. Olimpia is admitted to the Bucharest Bar since 2011. 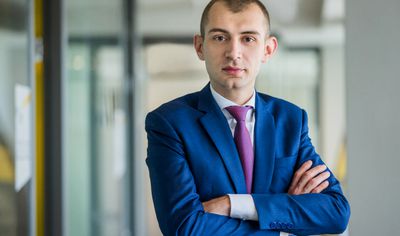 Read more about
Băncilă, Diaconu și Asociații advises the founders of the Get’s Bet group in the sale of a 67% stake to Emma Capital
read more

“While welcoming all our new colleagues, in all practices, the joining of Olimpia Farcaş and Bogdan Lamatic is in line with the rapid and consistent growth of our Investigations, Crisis Response & Compliance practice both in Romania and in the wider region. Our firm is able to better assist and address clients’s needs in the more dynamic times, with new legislative developments and a wide range of new practical trends set forth, many times combined also with international and cross-border cooperation matters”, declared Bogdan Bibicu, Partner and Head of Investigations, Crisis Response & Compliance practice at Wolf Theiss Bucharest office.

Claudia Andreescu is an Associate in the Competition and & Regulatory team within the Bucharest office of Wolf Theiss since March 2022. Previously, Claudia worked for local law firms, where she focused on M&A and Competition. Claudia is a fully qualified lawyer since 2020 and has a L.L.B from the University of Bucharest – Faculty of Law and two LL.M. degrees, one in International and European Business Law from Paris 1 Panthéon-Sorbonne and one in Diplomacy and Negotiations from the National School of Political and Administrative Studies, Department of International Relations and European Integration.

Adrian Manolache has recently joined the Competition & Regulatory team at the Bucharest office of Wolf Theiss. Previously, Adrian worked for Ijdelea Mihăilescu SPARL, handling a wide range of legal work and representation services for various companies, from start-ups to global leaders, in the field of inter alia, General Corporate, Energy, Data Protection and Intellectual Property matters. Before that, he was part of the Legal Technology Department at KPMG Legal (Toncescu și asociații SPARL), where he supported clients and contributed to due diligence projects with a focus on Intellectual Property, Data Protection and other fields. Adrian graduated in 2017 from the Faculty of Law, University of Bucharest and continued his education with two masters, one in European Law and the other one in Droit et gouvernance des affaires internationales et européennes, both from the Paris 1 Panthéon-Sorbonne.

“We welcome in our team two talented young lawyers, with excellent legal skills, eager to build with us in a field with rapid developments and growth. By recruiting Claudia and Adrian, we continue the expansion of the Competition & Regulatory practice in Bucharest, in line with the increasing number and complexity of projects our clients entrust us with”, stated Anca Jurcovan, Partner and Head of the Competition & Regulatory practice at Wolf Theiss Bucharest office.

“These newest hires further strengthen the Wolf Theiss Bucharest office and they have been recruited in response to the increasing number of complex and sophisticated matters in which we have become involved and the recent signficant growth of our business generally since 2020. I am pleased that these four dedicated and talented lawyers have chosen to join Wolf Theiss and I look forward to working together with them to better serve our clients and further increase our overall profile and presence on the local market”, declared Bryan W. Jardine, Managing Partner Wolf Theiss Bucharest office.