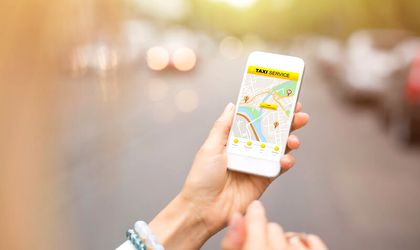 The Romanian government adopted an emergency ordinance to change the taxi law, which has been demanded by taxi drivers who want authorities to ban ride-sharing apps like Uber, Bolt or Clever Taxi because, they claim, these services work under unfair competition practices. However, government members also said on Friday that they were working on another emergency ordinance that will protect alternative transport services, which will be passed in a maximum of three weeks, before the new taxi law comes into force.

UPDATE: Uber Romania issued a statement in response to the government’s decision to adopt the new law:

“Today’s Emergency Ordinance doesn’t change anything for Uber in Bucharest – we will continue to operate as usual. What is more, the government made clear its intentions to regulate the ridesharing sector through a separate EO, in the coming weeks. We appreciate the government’s commitment to speed up the adoption of modern regulation of the ridesharing sector to meet the needs of consumers and drivers across Romania.”

Taxi drivers have been complaining for several years that they were being treated unfairly since they must obtain a costly operation permit and have their cars checked frequently, while drivers working for companies like Uber, Bolt or Clever Taxi have no such obligations.

After Friday’s government meeting, Transport minister Daniel Suciu said: “We’ve made two major changes – first, we’ve transferred attributions for related to rental-based transport from local authorities to the Romanian Road Authority. Secondly, we’ve removed the word “repeatedly” from the law, so that individuals and legal entities can be fined for carrying out illegal public transport.”

Currently, police can’t fine drivers who illegally transport persons through Uber, Bolt or other similar services, because the law states that they have to be caught doing so “repeatedly”, a provision that cannot be realistically enforced in the absence of a database that records these actions, therefore all police officers can do is warn drivers that they’re engaging in illegal activity and let them go.

The ordinance adopted today says that drivers can be fined on the spot on their first violation, and fines go up to RON 5,000. However, ministers say that the next ordinance, which will allow alternative transport services to operate, will be ready before the law passed on Friday comes into effect, as the government is not trying to target certain companies, but simply end illegal transport practices.

“I’ve had extensive talks with representatives of ride-sharing services over the past few days. Before the ordinance passed today will come into effect, we’ll pass another law to regulate ride-sharing activities. We’ve created a working group with our colleagues in the Transport Ministry, and the new law will be ready in a maximum of 3 weeks,” the minister said.