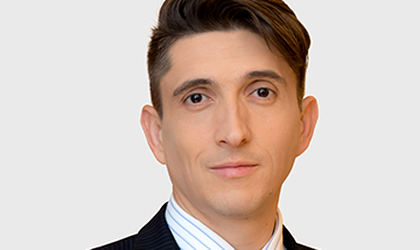 During the first part of 2021, AAylex Group, one of the leading Romanian players in the food industry, finalized the acquisition of Banvit, the local subsidiary of the Brazilian giant, BRF, through a transaction that represented a premiere on the domestic market. The project prompted yet another premiere for the Romanian business environment, with the acquisition being financed by CEC Bank and EximBank.

The success of this transaction reconfirms the business model pursued by the AAylex Group which continues its plans to consolidate and streamline its activities. To this end, the group has launched an extremely ambitious project of merging all AAylex companies (over 15 companies that cover the entire chain of production and marketing of poultry meat, as well as other activities in the area of technology and green energy production).

The merger will result in a major European player, AAylex One, a company with a share capital of over 50 million euros and total assets worth almost 300 million euros.

“Given the fact that certain companies of the AAylex Group have been created and developed starting from zero, while others have been acquired along the years, it is only normal to initiate this administrative process, which is aimed at optimizing the production, logistics, investment and finance flows”, stated Bogdan Stanca, CEO of the company. 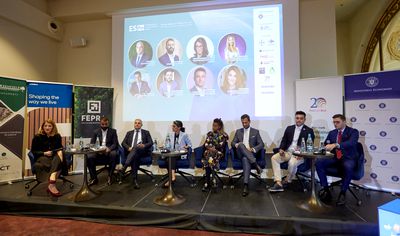 NNDKP assists AAylex in connection with the entire process, as part of a multi-disciplinary team of national and international consulting companies. The team led by Valentin Voinescu, NNDKP Partner, provides legal counselling in relation to structuring the process, and with other aspects pertaining to various areas of expertise, including corporate finance, corporate law/mergers, employment law, environmental law, intellectual property, real estate law.

“We are extremely proud to assist this entrepreneurial group that is guided by vision and ambition, and which demonstrates each day its market leading status by generating premieres in Romania. Such market players instil trust and prove that anything is possible for a Romanian entrepreneur, when vision and effort come together” stated Valentin Voinescu, NNDKP Partner and coordinator of the legal assistance provided to AAylex.

Nestor Nestor Diculescu Kingston Petersen is a promoter of business law in Romania and has been acknowledged, for more than 30 years, as a pioneer of the Romanian legal market. NNDKP offers full-service and integrated legal and tax advice to companies from diverse industry sectors. For the past three decades, NNDKP lawyers have provided expertise in landmark deals and projects in Romania, contributing to the evolution of the Romanian business environment, including in innovative and niche economic sectors that involved both international corporations and local entrepreneurs.

NNDKP represents Romania in some of the most prestigious international professional alliances – Lex Mundi, World Services Group, International Attorneys Club – and is a founding member of SEE Legal. The firm is constantly top-ranked in all practice areas by the renowned international guides Chambers & Partners, Legal500 and IFLR 1000.

OPINION: Roxana Ionescu, Partner, Head of the Environment Practice and Co-head of the...