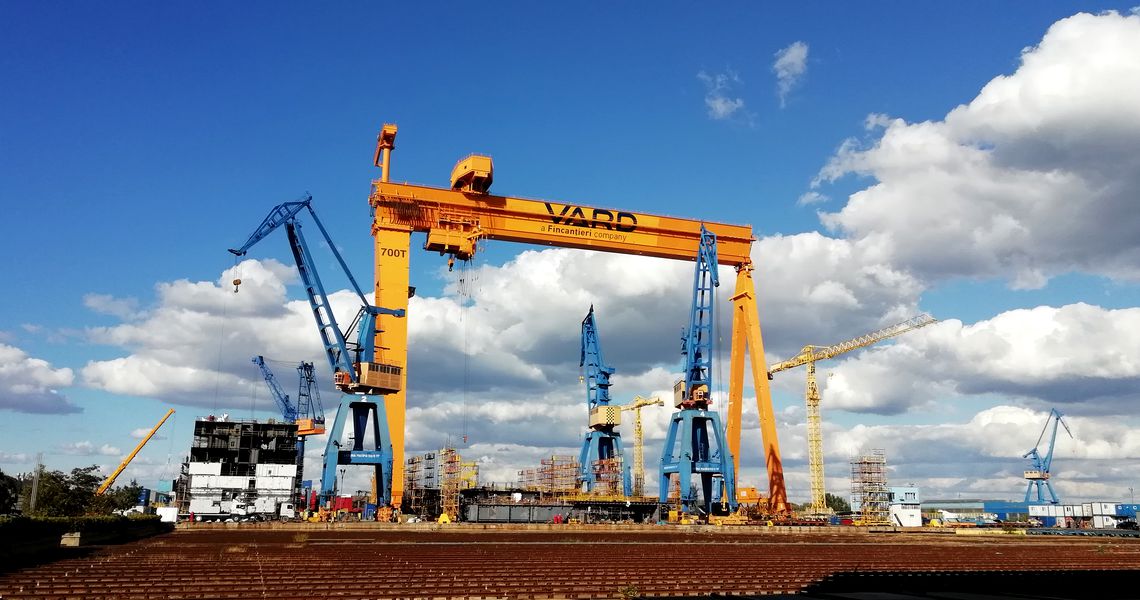 Shipyards in Romania have become more integrated into the world’s shipbuilding industry as foreign investors acquired local production facilities, and the result is a flourishing and technologically advanced industry producing for global top clients like Richard Branson’s Virgin.

The two shipyards owned by Italy’s Fincantieri in Tulcea and Braila are an excellent example: they are building ships with the latest technologies like electric engines and autonomous driving years before the local cars industry could dream to do the same.

“There are two main advantages to be part of a large global group like Fincantieri. First, you have access to orders of the group, and second – you have access to technology transfer,” Mauro Leboffe, head of the board at Vard Tulcea and Vard Braila, told journalists.

As a consequence, the two shipyards owned by Fincantieri in Romania through its Norwegian subsidiary Vard have had access to investment in equipment upgrade and technology transfer from Norway and Italy, and this move pays off.

Vard shipyards in Tulcea and Braila are integrated, and have also access to bigger orders. Vard Tulcea shipyard will build a part of a cruise ship built in Italy for Richard Branson’s Virgin Voyages. In December 2016, ship construction contracts valued at approximately EUR 2 billion between Fincantieri and Virgin Voyages (part of Virgin Group of companies) for three new cruise ships have been finalized and are now effective.

The three units are built at the shipyard in Sestri Ponente (Genoa) with delivery scheduled for 2020, 2021 and 2022 respectively, two of them being already under construction. Sections of the ships are being built in Romania.

Finacantieri’s Tulcea and Braila shipyards are also following the global trends in other area: they are importing workers from Vietnam due to local workforce shortage.

“It’s hard to find workers, although we’ve been working hard for over a year, and we’ve been advertising everywhere. Somehow, in time, the respect for work has disappeared,” Vard Braila yard manager Alina Puia told reporters.

“It’s hard work here in the shipyard, and now young people are looking for better paid jobs and easy work. As a manufacturing company, at this time, I think we are the company that best pays the employees in the region,” she added.

Alina Puia, the only female manager of a shipyard in Europe, is an example of Romania’s best asset: good engineers capable of adapting to the latest technology to compete with cheaper costs of shipbuilding in China or South Korea. This human asset is key for European shipbuilding industry to maintain competitive in face of rising Asian manufacturing capacity.

But the workforce shortage in Europe is already worrying many. “In Italy, is rare to see an Italian in a shipyard,” Mauro Leboffe said.

Vard Tulcea and Braila have produced ships for clients from Norway, France, Germany, India, Japan, Kazakhstan and other countries but there are no clients from Romania.

Fincantieri hope this will change and is competing to won the EUR 1.6 billion contract four multifunctional corvettes project.

Fincantieri has strong rivals in the tender due to be completed by end-October: Damen (the Netherlands), Naval Group (France) and TKMS (Germany).

In case of a wining bid, Finantieri will transfer technology in order to build the vessels in Romania’s shipyards.