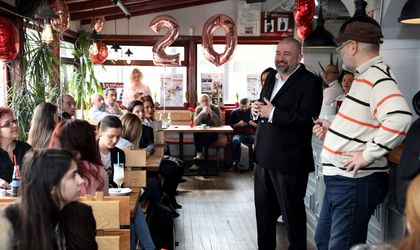 La Mama, the longest-running restaurant chain in Bucharest, is celebrating 20 years of existence today, in an industry that has been facing an unprecedented crisis over the last 10 years. Entrepreneur Catalin Mahu’s success story started in 1999 with the first restaurant, now having reached a total of six locations that have served almost 15 million customers.

The recipe for success started with the entrepreneur’s desire to eat well in a welcoming, home-like atmosphere.

The La Mama chain is soon to expand to other locations in the country and even abroad.

Throughout its 20 years of activity, one of the main challenges for La Mama has been the lack of workforce. According to business owners in the industry, the workforce deficit in Horeca now reaches at least 100,000 employees.

“Over the past ten years, during which we’ve operated two seaside restaurants, we’ve managed to hire a maximum of 10 people over an entire season. That is why, at the beginning of each summer, we left Bucharest with a team of 100 people we needed in order for the restaurants to work well. As we couldn’t recruit at the rate we needed, we realised that closing the two restaurants, which had a total turnover of EUR 700,000, would be a better solution. We knew that not having a constant team would cause our services and products to vary in quality, and the customers would sanction us,” said Catalin Mahu, the owner of La Mama. 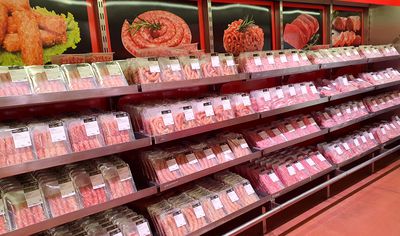 Lessons and business plans after 20 years

Catalin Mahu says that the human resource is the most important challenge in the sector, followed by building a sustainable brand with solid values through honesty, hard work and professionalism.

“What we’ve learned in these 20 years is that you can’t make it without quality people who are loyal and want to build something with you. It’s a tough market, where it is wrong to believe that you can do everything on your own. 2008 was the year with the biggest incomes and there was crazy growth where it wasn’t as important to make a profit, but to reinvest by opening new locations. Unfortunately, the crisis that started in 2009 broke down these types of expectations, leading us to close four units, which meant our turnover didn’t even reach half of the one in 2008,” Mahu stated.

Future plans include the expansion of the business in other areas of the country, as it is getting harder and harder to find adequate commercial spaces. The brand may also be launched on foreign markets.

“We are back on growth now and we’ve decided to go further, open new restaurants and not spread ourselves across too many brands on all the Horeca segments, but keep our focus on restaurants,” the owner said.