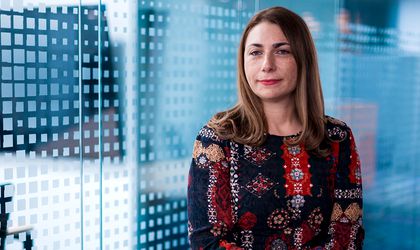 In April 2022, KPMG published its Global Economic Outlook report, based on expert analysis by economists from throughout the KPMG network of member firms. At a time when economic forecasting has become more challenging, the report aims to offer a degree of guidance which can help businesses, governments and individuals to navigate the uncertainties ahead.

As the global economy was on its way to recovery from the COVID-19 pandemic, another major systemic shock struck. Russia’s invasion of Ukraine marked a tectonic shift in geopolitical risk. Beyond triggering a terrible humanitarian crisis in Eastern Europe, the economic effects of the conflict, and the associated sanctions, will be felt across the world, slowing down growth while adding to the already nascent inflationary pressures.

Although Russia and Ukraine together represent a relatively small part of the world economy, they account for a large share of global energy exports. The reliance of many European countries on Russia’s oil and gas has prompted a political debate on how to reduce this dependency completely, as rapidly as possible. Both countries are also global major exporters of metals, intermediate manufacturing inputs, food staples and agricultural commodities. Supplies of the latter, in particular, are expected to be disrupted as Russia and Ukraine, together, account for 29% of global wheat exports. Ukraine alone provides 13% of global corn exports as well as a large share of other food staples such as sunflower seeds. In addition to the expected lower supply, increased fertiliser prices and higher freight costs – caused by shifting transport routes for agricultural commodities – would exert a greater pressure on global food prices. These food supply shock effects would be felt more markedly by countries which have a high import dependency ratio of agricultural products. The increases in the price of food, energy, and metals, coupled with delays caused by the ongoing supply chain disruptions would impact demand, via the impending increase in consumers’ living costs, as well as supply, with industrial production in Europe being particularly exposed.

The outlook for the next two years will depend on several factors. Clearly, the conflict between Russia and Ukraine will play a major role, having trade and commodity price implications beyond the short term, notably in Europe. But, in the very near future, the path of both monetary and fiscal policies, notably in the advanced economies, will also play a part in shaping the trajectory of economic growth. Managing policy trade-offs will present difficult challenges. The prospects of higher nominal interest rates, to combat inflation, and the urgency for fiscal adjustment would lead to further deceleration in economic activity. A potential slowdown in Chinese economic growth, partly generated by the country’s zero-Covid policy, could also have global supply and demand implications.

Given that the situation remains highly uncertain, the KPMG report focuses on three possible scenarios. In the main scenario world oil prices are assumed to be US$30 higher than their path prior to the escalation of the crisis, with gas prices being 50% higher across Europe. Global food prices are envisaged to rise by 5%. The alternative downside-risk scenario assumes world oil prices are US$40 higher with gas prices increasing by 100% in Europe and by 50% in the rest of the world. In this instance global food prices rise by 10%. Both scenarios incorporate a 23% rise in average metal prices and a 4% increase in the cost of agricultural inputs. They also include higher investment risk premia and additional government spending in Europe. Lastly, the upside-risk scenario looks at the possible outcome in the event that the conflict is resolved sooner than anticipated, with prices returning to early February levels and production and trade flows restored. The simulations show that, in this scenario, global GDP growth could range between 3.3%-4% this year and between 2.5%-3.2% in 2023.

Due to its proximity to the conflict zone and its trade linkages with both Russia and Ukraine, the Central and Eastern European region has been the focus of a lot of concern since the conflict started. Romania, in particular, was facing a pressing need for adjustments in its macroeconomic imbalances even prior to that. The country has been under the EU’s excessive budget deficit procedure since early 2020 – despite the fact that this is currently suspended due to the pandemic. However, efforts to bring down the relatively large structural budget deficit in the years to come could have a knock-on effect on economic growth. In addition, the constant deepening of the current account deficit – which stood at -7.1% of GDP in 2021, the second largest in the EU – would require a gradual and rather immediate correction, in order to avoid further increases in its financing costs. Higher imported inflation would likely keep pushing up nominal interest rates, eroding consumers’ purchasing power and hampering economic growth prospects in the short term. However, with the right policies in place, aimed at encouraging investments and stimulating long term growth, Romania could weather this crisis. The complete absorption of funds available via the EU’s Recovery and Resilience Fund would go a long way in improving domestic economic outlook. As Ramona Jurubiță, Country Managing Partner at KPMG in Romania comments: “While the situation remains difficult, Romania has several advantages. First and foremost, we are a member of NATO, which offers a security guarantee. Moreover, the evolution of the military situation since the start of the invasion has, so far, considerably reduced initial concerns of a possible spread of the conflict into areas beyond Ukraine. Furthermore, Romania’s membership of the EU gives an indication of stability to investors, as well as offering all the benefits of the Single Market.”

As Ramona Jurubiță concludes: “The government and the business community need to present a clear message that Romania is not only a safe place to invest, but also offers many opportunities in spite of the current challenges. At the same time, the authorities can further help growth with investor-friendly policies, such as support for key sectors like health and education as well as by making full use of available EU funding, in particular to develop the country’s infrastructure.”