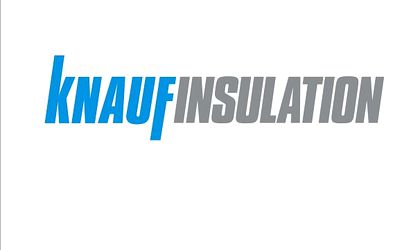 Knauf Insulation, one of the largest players in the insulation market, estimates a turnover of more than EUR 13 million on the 10th anniversary of the local market. Among the main pillars of the mineral wool insulation segment is the evolution of the number of building permits, the positive signals of the economy, corroborated with the increase of population awareness regarding the efficiency of insulation of buildings and the legislation on fire protection.

Knauf has since its debut in Romania developed and continuously developed its portfolio of products and solutions for thermal insulation, as well as constantly educating the market in which it operates.

At the same time, at the end of a decade of local activity, the representatives of the company expect to achieve a turnover of over EUR 13 million by the end of the year, up by about 5 percent over the previous year. Mainly, the evolution is based on the positive trend generated by the construction market in the last year.

“In line with the development and maturation of the insulation market and the mineral wool segment, we estimate a positive development of Knauf Insulation business on medium and long term. Our positioning, both globally and locally, allows us to offer our clients the best insulation solutions and at the same time to be a service provider and a strategic partner for the distribution network and for the major players on the DYI market,” said Adrian Garofeanu, Knauf Insulation commercial director.

Ten years ago, mineral wool consumption stood at 71,000 tons and a value of about 81 million. In 2010, the market reached the lowest trade indicators in that range, up to 50,000 tonnes in volume and EUR 38 million in value. The mineral wool market gradually increased, reaching 92,000 tonnes in 2016, to about EUR 58 million.

InterBiz’s forecasting scenario shows that the mineral wool market will fall slightly in 2019, but the medium-term outlook is optimistic. Thus, according to estimates for the next four years, this segment will see increases of 4 percent per year in both volume and value. Positive forecasts are mainly due to factors such as the construction of large stores (hypermarkets, DIY stores, shopping centers), office and institutional buildings, new housing construction, individual replacement, thermal rehabilitation program, improvement of legislation on the fire protection of buildings, and the purchasing power of the population. So, keeping these trends along with the brand development strategy, Knauf Insulation presents optimistic prospects in relation to medium to long-term turnover growth.

Knauf Insulation is one of the world’s largest insulation insulation manufacturers with more than 40 years experience in the industry. Currently, the company has over 40 factories located in 15 countries, over 5,000 employees and a turnover of about two billion euros. According to the company’s representatives, all Knauf Insulation plans globally have been reflected in the Romanian market strategy.