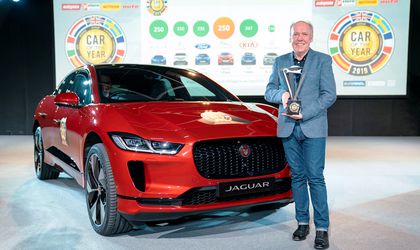 Jaguar I-PACE won the European Car of the Year Award and became the 2019 Car in Europe. The voting committee, 60 specialist journalists, chose Jaguar electric SUV at the expense of six other finalists and the car was the only one with zero emissions among the finalists.

“We are extremely proud that our first electric car is also the first Jaguar to win the European Car of the Year. I-PACE has been designed and developed in the UK from scratch. From a technological point of view, it is the most advanced electric vehicle powered by the battery. It really changes the rules of the game! The European Car of the Year award is a true honor and recognition for our global team,” says Prof. Dr. Ralf Speth, Chief Executive Officer, Jaguar Land Rover.

Designed and developed in the UK, Jaguar I-PACE has a real worldwide sales success with over 8,000 deliveries to customers so far, 75 percent of them in Europe.

The car has been designed to maximize all the benefits of an electric motor and an aluminum architecture, proving the performance of a sports car and the utility of an SUV.