On the path to reach the big leagues: Iasi-based IT company aiming for USD 1 mln in turnover this year 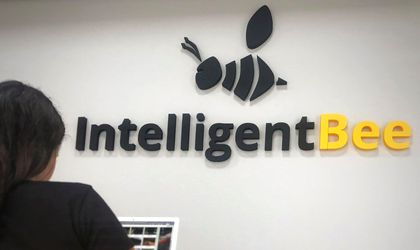 Software services and technical support provider IntelligentBee, based in Iasi, is aiming to increase its turnover by about 15 percent this year compared to 2017, reaching USD 1 million. For 2019, it plans to grow a further 20 percent, Economica.net reports.

“We’re aiming to accelerate our growth even more next year to around 20 percent y/y. For me, if this percentage grows, regardless of the net amount, it means we’re doing things better and thus I follow trends more than numbers, especially since I’m not pressured by investors,” said IntelligentBee CEO, Costi Teleman.

The company was founded in 2011 and currently works for companies all over the world including SendGrid, Carnegie Technologies, Cloud Elements, Snug and Event Cloud.

Besides outsourcing and technical support, IntelligentBee also develops its own products, such as the self-ticketing platform Eventway, which allows event planners to sell electronic tickets. The platform was first conceived for the Afterhills Festival in Iasi, but was later open to other organisers as well.

“Three people worked on the platform, including myself, and it took 2-3 months to finish. It was very hard for me to bring more people into this project because it’s hard to find software developers,” says Teleman.

Encouraging employees to develop their own ideas

IntelligentBee’s employees are constantly encouraged to come up with ideas to develop new products. They can present their ideas to company management, and the best proposals get budgets of up to EUR 20,000 and a six-month deadline to prove the product is viable. The projects need to meet certain criteria, such as being online and being global.

“A lot of ideas come up, but the ideas aren’t a problem – the issue is how you plan and develop them further. I used to think a good product needs 90 percent programming and a few other little things. It’s not really like that though, I think the product’s construction represents a maximum of 20-30 percent of all the effort you need to make. You hit issues like financing, marketing, promotion and many more,” the founder notes.

Teleman says that various ideas have taken advantage of the company’s resources, but that not all of them were successful once the products were launched. One of these ideas turned into an app called Gamers Hunt, where gamers who were bored by the games they owned could exchange them in the virtual world. However, after six months of work, the business idea didn’t turn into a final product, but Teleman says he still wants to launch the platform.

The company also has its own internal management app – peel.io – which employees can use to submit requests for time off or for things they need in the office, as well as other work-related issues.

The startup wants to turn towards developing more of its own products – in the next ten years, they want the share of own products to hit at least 80 percent.

The founder thinks the IT industry has gone through major changes in the past years, and the biggest challenge, in his view, is finding human resources, as Romania’s workforce crisis is seen in this industry as well.

IntelligentBee currently has 35 employees and has started to recruit people in the Republic of Moldova as well.