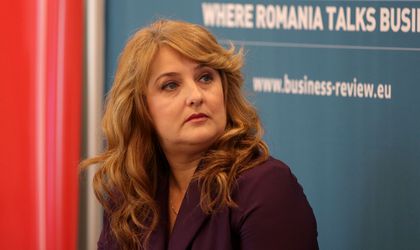 Romania will soon have a significant immigrant population due to the lack of homegrown workforce, said Sorina Donisa, the CEO of APT Resources & Services, at BR’s Working Romania conference. And soon, those immigrant workers will begin to bring their families over, which means that the country has to be well-prepared to help those workers and their children integrate into society.

“We’re an HR company and we’ve been having a very hard time delivering on our clients’ recruitment demands – running after candidates has turned into a national sport,” said Donisa.

She added that the growing number of non-EU immigrants in Romania is very beneficial for companies, but that the country has to be well prepared for this influx of people who may come from very different cultures.

“The recent increase in the maximum number of yearly immigrants has been very positive, as it was the only solution for certain parts of the market. Industries like HoReCa, constructions and agriculture have been the ones that have brought in the most workers. But how ready is Romania for a larger number of immigrants?”

Donisa highlighted the fact that companies must be well aware of what is involved in importing workforce.

“When you want to bring in immigrants, you have to pay attention to the way you organise your team and the things you should do to integrate these workers, and adapt your production processes accordingly. We should also note that there is a high cost involved in this process – in our experience, although a lot of companies initially expressed interest in bringing foreign workers, when we put the costs down on paper we realised that only a few industries can really afford to do so. It costs between EUR 1,000-1,600 to bring one worker, and they need to have accommodation as well. It also takes quite a long time at the moment, about 4-5 months, and it would be great if the process of obtaining permits for foreign workers were simplified.

Nevertheless, we have to understand that this is probably going to be a long-term solution for Romania, and that certain jobs will mainly be done by immigrants in the near future. This means that these workers will soon start to bring over their families as well – the education system will need to be able to integrate their children,” she argued.

Sorina Donisa also talked about the way young Romanians perceive the labour market and how companies should deal with their demands in order to prevent them from emigrating to western Europe.

“I don’t believe in stopping emigration – we may have a chance to reduce it, but not by much – it’s a natural phenomenon given that we’re a part of the EU. What we see on the market from young people is that many of them are still planning on leaving the country after they complete their studies, at different levels (university, technical high schools or vocational schools).

Their reasons for leaving are not just financial; they’re looking for higher living standards, better education and healthcare systems. We have to admit that there’s a difference between what the Romanian market offers in terms of salaries and young people’s financial expectations – but we have to accept this and meet their demands if we want to have good employees. Besides the salary, the attractiveness of the job itself and its proximity to the home are also very important factors for young people.”

She also added that the Romanian education system must lead young people to changing their attitudes about work and have more respect for all types of jobs.

“Our children think that certain jobs aren’t attractive at all because they think these jobs are somehow beneath them. We must inspire them to be more open to all kinds of work, and that has to be done in school, as well as through internship and apprenticeship programmes,” Donisa concluded.